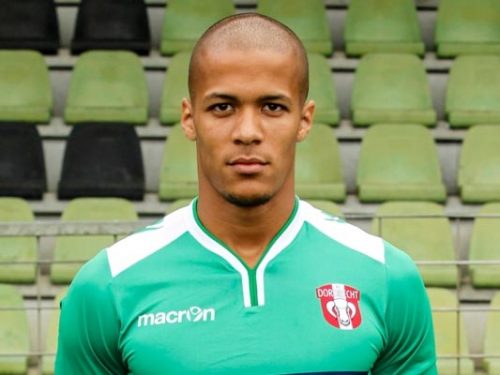 Super Eagles’ duo of William Troost-Ekong and Bryan Idowu are on the list of 19 players who on Tuesday risk missing their respective teams’ next games if they progress.

The duo belong to the group of five players who will more than the rest playing 17 be very wary of their being booked during the Nigeria versus Argentina game.

The five players, who should by now be aware of their disciplinary record situation, are going to miss the next match if they get booked by Turkish referee Cuneyt Cakir.

Missing the next match is however still a function of if their respective teams qualify for the next round.

Troost-Ekong is a likely starter in the game, while Idowu may either start or be confined to the bench depending on the preferences of team coach Gernot Rohr.

The coach had removed him after the break in the Nigeria versus Iceland match of Friday in Volgograd for Tyronne Ebuehi.

The three other affected players in the Nigeria versus Argentina match are Gabriel Mercado, Marcos Acuna and Nicolas Otamendi, all members of the Argentina team.

The rest 14 on the list of those likely to miss the next match if booked on Tuesday are from Australia (three), Croatia (six), Denmark (two) and France (three).

France take on Denmark while Australia face Peru, both in Group C matches on Tuesday, while Croatia meet Iceland in Group D’s other match.

All the players are those who had been booked in either their respective teams’ first match or the second match.

Already, Denmark’s Yussuf Poulsen has been suspended from the France versus Denmark match, having received yellow cards in both his team’s games against Peru and Australia.