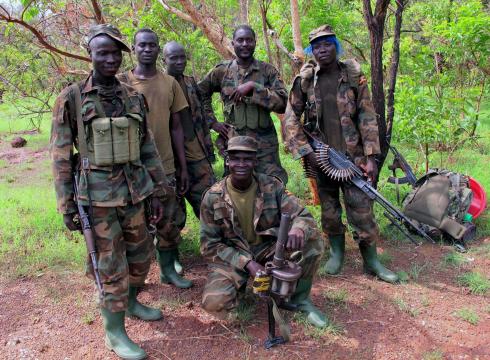 The two countries have a sometimes tense relationship, with the Congolese accusing Ugandan forces of encroaching on their territory and Ugandan authorities saying the Congolese do not do enough to stamp out militia activity near the border.

Congo’s navy had launched a patrol after several Congolese fishing boats were stopped on Wednesday by Ugandan forces, whom Kibwana accused of entering Congolese waters.

“This is how the patrol found itself ambushed by the Ugandan navy,” Kibwana said.

He said he did not yet have information on any Ugandan casualties.

Uganda’s army spokesman could not be immediately reached for comment.

Congo and Uganda were enemies during a 1998-2003 conflict in eastern Congo that resulted in millions of deaths.

UN investigators also accused Uganda in 2012 of backing an insurrection in the area, charges it denied.

However, the countries have also said they are jointly planning military operations against a Ugandan rebel group that has been blamed for hundreds of civilian deaths in Beni since 2014.