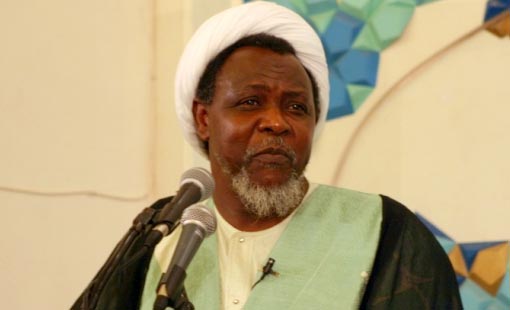 A Kaduna High Court on Wednesday adjourned the arraignment of the leader of the Islamic Movement in Nigeria (IMN), Ibrahim Zakzaky and his wife Zinat, until Aug. 2.

The presiding Judge, Justice Gideon Kurada, adjourned the matter to enable the prosecution to serve the two other persons standing trial with the Shiites leader.

Speaking after the court session, the prosecution counsel, Mr Chris Umar, said that the adjournment was to enable them serve the 3rd and 4th respondents in the charges.

Also speaking, counsel to El- Zakzaky, Mr Maxwell Kyom, said the other respondents in the charges before the court were yet to be served.

He further said that they had filed their bail application to the court and the prosecution had also filed their response though it was late.

“In respect to that, we also applied for a short date to reply the prosecution’s counter-affidavit.”

The Kaduna State Government had brought an eight-count charge against the IMN leader and his wife.

The IMN leader, his wife and two others are charged for alleged conspiracy, abating culpable homicide among other related offences.