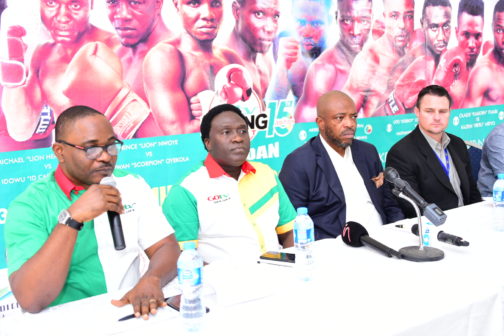 Speaking at a press conference to announce the 15th edition of the event on Tuesday, Mr. Neil Bothma, Chief Operating Officer of Bet King, said the company took the decision to support the event because boxing is a non-discriminating sport that has the potential to take young people off the streets and teach them discipline.

GOtv Boxing Night 15 will hold at the Indoor Sports Hall of the Obafemi Awolowo (formerly Liberty) Stadium, Ibadan, on 29 July.

There will also be an international light middleweight challenge duel featuring Nigeria’s Akeem “Dodo” Sadiku and Franc Houanvoegbe of the Republic of Benin.

It will be beamed live on SuperSport in 47 African countries. The best boxer at the event will win a cash prize of N1 million along with the Mojisola Ogunsanya Memorial Trophy.

Why BBNaija Emmanuel may voluntarily leave the house