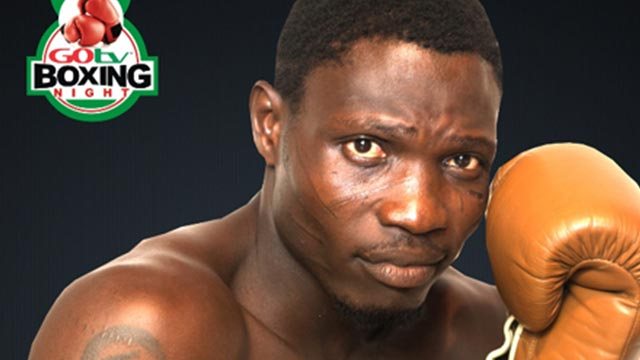 The bout, which is the second one between the two boxers, is one of the seven scheduled to hold at the Indoor Sports Hall of the Obafemi Awolowo (formerly Liberty) Stadium in Ibadan.

The former national welterweight champion boasted that his opponent will fall in the first round.

“I have defeated him before and I know what to do to defeat him again. I am a knockout specialist and Iberu will be knocked out in the first round,” Fijaborn bragged.

The biggest fight on the night is the African Boxing Union (ABU) lightweight title bout between Ghanaian challenger, Nathaniel Nukpe, and reigning king of the division, Oto “Joe Boy” Joseph.

Other bouts on the card at the event include the cruiserweight clash between Michael “Lion Heart” Godwin and Idowu “ID Cabasa” Okusote, international light middleweight contest between Akeem “Dodo” Sadiku of Nigeria and Franc Houanvoegbe of Benin Republic.

The event, sponsored by GOtv and Bet King, will be beamed live on SuperSport in 47 African countries. The best boxer at the event will go home with a cash prize of N1 million alongside the Mojisola Ogunsanya Memorial Trophy.