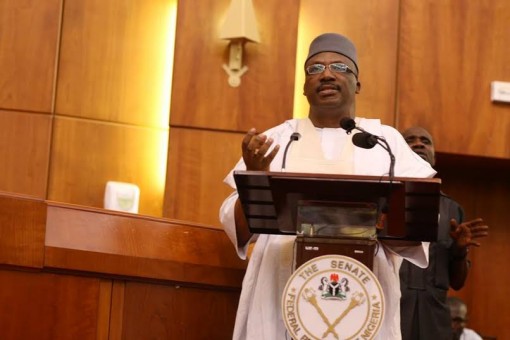 The Minister of Interior, Lt.-Gen. Abdulrahman Dambazau (rtd), on Monday visited Cross River in an effort to resolve the land dispute between Cross River and Ebonyi communities.

Dambazau told the Acting Governor of Cross River, Prof. Ivara Esu, at the Government House in Calabar that he was in the state to visit Ukelle community.

The land dispute between Ukelle community in Cross River and Izzi in Ebonyi has claimed many lives and property destroyed.

“I am here to interact with the people and get first hand information on the current state of things in Ukelle community.

“The Federal Government will not give up in ensuring that these crises are brought to an end. We are determined to foster peace between the people of Ukelle and the people of Izzi.

“The dispute has affected the farming communities because the contending issue is land. We are exploring on how the conflict can be resolved.

“This crisis has far-reaching consequences on food security in the country. The Federal Government is more concerned about the loss of lives, destruction of properties, markets and farmlands.

“We have come together with the Director-General, National Boundary Commission, Dr Mohammed Ahmed; we are all heading to the affected areas.’’

He advised the state government to explore ways of curbing inter-state conflicts so as to promote national unity.

Earlier, Esu said that the recent attack on the Ukelle people occurred a day after a peace meeting between the two states.

“We had a meeting just two weeks ago where the two deputy governors met, the chiefs, lawmakers and the National Boundary Commission.

“The following day after we had returned, the Ukelle people were attacked again. Minister, please when you visit Ebonyi State ask them what they want so that we can start from there.

“The National Boundary Commission should show more visible actions so that we can know clearly the areas we should enter and the one we should not.

“Some pillars have been removed; all these need to be put in place accordingly. Until this is done, people will continue to claim areas that do not belong to them,’’ the acting governor said.

He lauded the efforts of security agencies in the state for responding timely to crisis and emergency issues across the state.