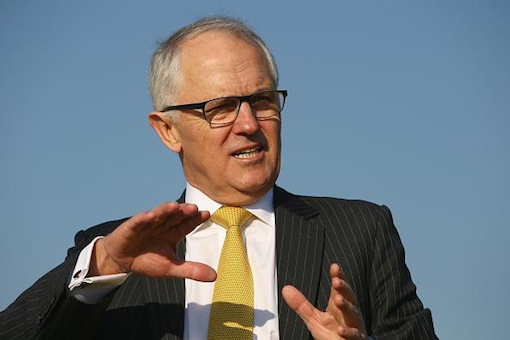 Archbishop Philip Wilson, 67, in May became the most senior Catholic cleric to be convicted of not disclosing to police abuse by another priest.

Wilson was sentenced to a year’s detention earlier this month. He has stepped aside as archbishop of Adelaide in South Australia state, but has not resigned, insisting he would do so only if he is unsuccessful in an appeal.

Turnbull, who has previously called on Wilson to resign, escalated his criticism of Wilson remaining in office.

“He should have resigned and the time has come for the Pope to sack him,” Turnbull told reporters in Sydney.

“I think the time has come now for the ultimate authority in the church to take action and sack him.”

The Archdiocese of Adelaide was not immediately available for comment.

Lawyers for Wilson, who maintained his innocence throughout his trial, had argued that he did not know priest James Fletcher had committed child sex abuse throughout the 1970s.

The court was told that two victims, one an altar boy, told Wilson of the abuse in 1976.

Fletcher was found guilty in 2004 of nine counts of child sexual abuse and died in jail in 2006 after a stroke.

Wilson remains on bail while he is assessed by prison authorities for home detention, instead of jail.

Wilson, who was earlier this year diagnosed with early onset Alzheimer’s disease, is due to face court again on August 11 for a ruling on whether he will be imprisoned or allowed to serve his sentence in home detention.

In Chile, the country’s 34 bishops in May offered to resign over allegations of a cover up of sexual abuse.