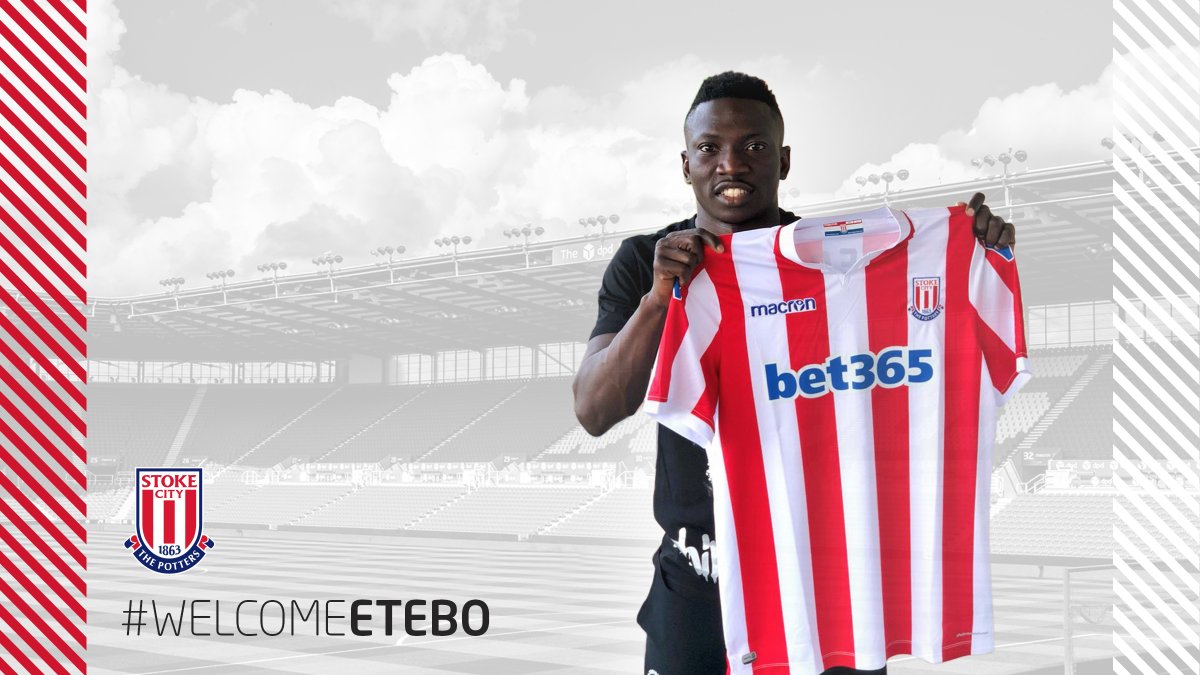 Nigeria midfielder, Oghenekaro Etebo, made his first appearance for English Championship club, Stoke City who fell to a 2-0 defeat to German Bundesliga 2 outfit, VFL Bochum in a pre-season friendly.

The match played at the OB1 Arena on Wednesday saw Etebo who started the game on the bench joined the fray 20 minutes before full time.

He came close to reducing the deficit for the Potters five minutes from time, but his superb effort from distance fizzled just wide.

Vitaly Janelt scored both goals for Bochum in the game.

Janelt broke the deadlock for the German side in the 24th miniute. He found space inside the penalty area and let rip a thunderous half volley which went into the roof of the net.

He produced a moment of magic in the 44th minute as he skipped past three Stoke City defenders and expertly guided the ball into the net.