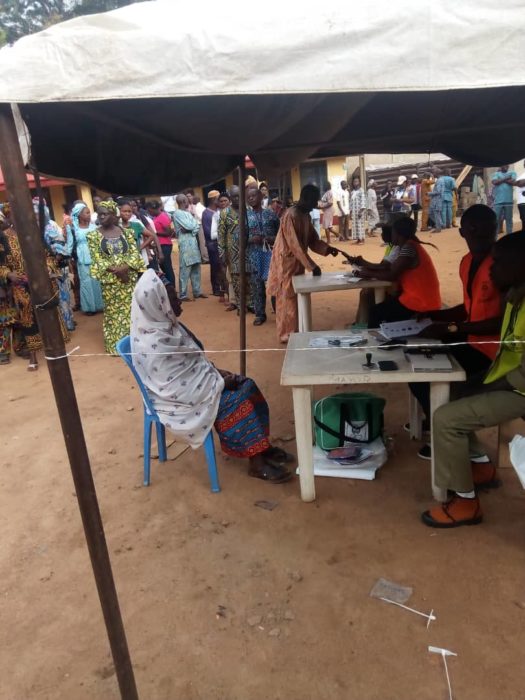 The UK has condemned the act of vote buying allegedly perpetrated during the July 14 gubernatorial elections in Ekiti State and called on all Nigerians to respect the laws ahead of the 2019 general elections.

The UK Secretary of State for International Development, Penny Mordaunt MP made the call following a meeting with the Chairman of the Independent National Electoral Commission (INEC), Prof. Mahmood Yakubu in Abuja on Friday.

Mordaunt, however, commended INEC for its efforts in the conduct of the polls and called for enhanced cooperation from all.

“This past weekend, citizens of Ekiti went to the polls and voted for a new governor.

“The British High Commissioner was joined by the EU Ambassador and the U.S. Consul General who led an international group of observers at those elections.

“Though the elections were largely peaceful, and results widely endorsed by key stakeholders, vote buying by both the main political parties was widely criticised.

“There is time to tackle some of the challenges noted before next year’s election but INEC will not be able to solve all electoral problems on its own. Everyone in the society has a role to play and a contribution to make.”

The UK secretary expressed confidence in Nigeria’s efforts to strengthen its democracy through the conduct of peaceful, free and fair elections.

She urged political parties to respect the electoral code of conduct and encouraged security agencies to remain “visibly neutral” and ensure a secure environment for the electorate.

“I am therefore calling on political leaders, the media and Nigerians at large, to act responsibly and use their platforms to urge the people to exercise their democratic right, and to do so within the law.”

“I was there in Ekiti and was observing in the elections. I heard a lot of reports of alleged vote buying and we are convinced that some vote buying went on.

“I condemn it; it is illegal, it is against the law.

“We just had a meeting with the Chairman of INEC and we have been talking about public awareness and how the political parties themselves can take responsibility for condemning this action and not continuing it.

Arkwright also commended the general conduct of the electoral process in Ekiti and expressed confidence in INEC ahead of the 2019 elections.

The envoy also reiterated the support of the UK in promoting democracy in Nigeria.

“The UK is a very strong supporter of INEC and together with the USAID, we are spending something like $60 million over a six-year period in support of deepening democracy in Nigeria.

“This (aid) is about technical support, voter awareness, encouraging women and people with disabilities to come out and vote.”

This is the first visit of the UK International Development Secretary to Nigeria.