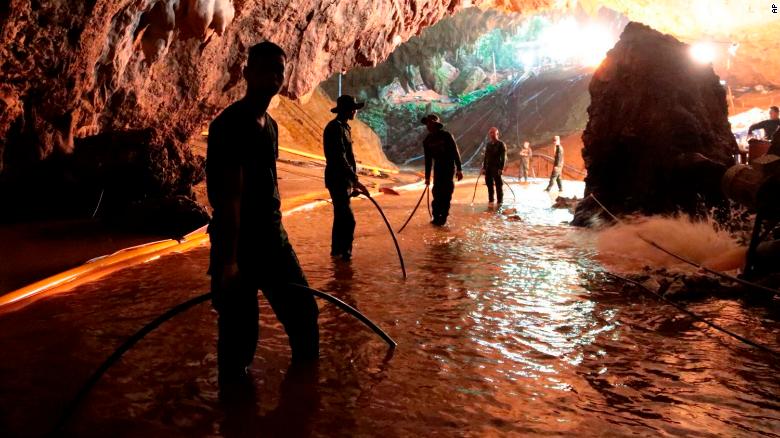 Australia on Tuesday gave state honours to nine people who helped rescue most of a Thai boys’ soccer team trapped in a flooded cave, with Prime Minister Malcolm Turnbull saying their teamwork had set an example for world leaders.

The rescue of the 12 members of the “Wild Boars” team and their coach drew divers and volunteers from around the world.

The last of the group was brought to safety from the Tham Luang cave in the northern Thai province of Chiang Rai on July 10.

Turnbull hastened the usual honours approval process and held a ceremony to recognise the Australians involved in a drama that gripped the world for weeks, which he called an extraordinary international effort.

“If only leaders were as collaborative as you were,” Turnbull said at the event, attended by the Thai ambassador to Australia. “You held up an example to us all.”

Australia’s governor-general, Peter Cosgrove, gave its second-highest bravery award, the Star of Courage, to anesthetist Richard Harris and veterinarian Craig Challen, who abandoned holiday plans to take a central role in the mission.

Harris was credited with assessing the boys’ health, administering anesthesia before they left the cave, and advising authorities on rescue methods.

He was the last person to leave the cave and learned soon after that his father had died.

Challen helped the boys manage their equipment during the rescue.

The operation to extract the team involved a core team of 18, including 13 foreign divers.

The boys, fitted with thick wetsuits and full-face scuba masks, were guided through dark, flooded passageways toward the mouth of the cave.

The first part of the journey involved some diving. For the last part, the boys were put in green plastic toboggans and carried through.

Cosgrove also gave bravery awards to six police officers and a navy officer who were part of the mission.

The rescuers were “remarkable, skilful, tireless, compassionate and courageous,” he added.

The boys, aged 11 to 16, and their 25-year-old coach had set out on June 23 to explore the caves, where they became trapped, and survived for nine days on water dripping from rocks before divers discovered them huddled on a muddy mound.

“Everybody was focused on the same thing: getting those boys out safely,” Turnbull said, recounting the Australian participants’ explanation of how a diverse team came together to pull off the rescue.