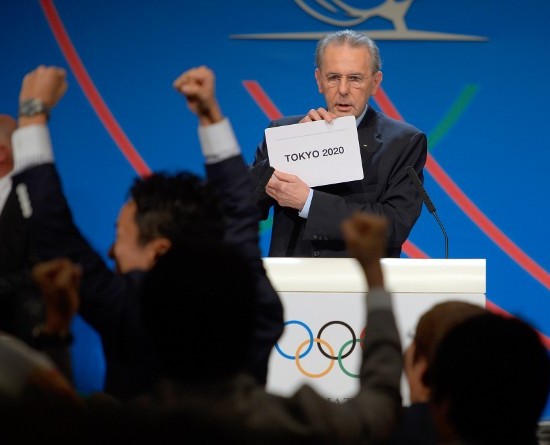 The Olympics Aquatics Centre, which will host swimming and diving events, are two months behind schedule, according to organisers.

Also, the Sea Forest Waterway, venue for the rowing and canoeing events in 2020, is way behind schedule.

Both venues will be completed well before the Games’ opening ceremony on July 24, 2020, but organisers may have to shift test events to allow for the delays.

“We have been informed that the two venues have a delay compared to the original schedule,” said Tokyo 2020 spokesman Masa Takaya.

“We are working closely with the Tokyo Metropolitan Government (TMG) and the respective federations to be able to sort out and possibly modify the test event schedule.

“Other than that, the schedules on the permanent venues are absolutely right on track.”

On Tuesday, Tokyo 2020 organisers released a progress report that said the Aquatics Centre would not be finished until Feb. 2020, the latest of any of the new permanent venues.

The Sea Forest Waterway will be pushed back to May, 2019, when it had previously been earmarked for completion by March.

With the first test events planned for mid-2019, organisers are hopeful the majority of venues will be ready to host many of the international athletes expected at the Japanese capital in 2020.

“The TMG, the sports federation and Tokyo 2020 are under discussions to make sure the test events to be delivered in time,” added Takaya.

Another challenge facing Tokyo 2020 organisers is responding to questions from some international federations – including sailing and baseball – about Japan’s ability to deliver their events to Olympic standard.

At April’s SportAccord Convention in Bangkok, organisers faced criticism from federations over issues such as competition planning, water pollution and communications.

However, two years out from hosting the Games, organisers are confident they are repairing relationships with federations following changes to their communication structure.

“We observed that some of the international federations have a honest opinion on the current status of the Games’ preparations in April.

“The relationship with the international federations remains very strong.

“After the meeting in April, Tokyo 2020 observed an organisational change in the sports bureau.

“With a new structure in place, we are confident that we will be able to keep even better relationships with the federations,” admitted Takaya.

Organisers have recently been buoyed by the International Olympic Committee’s approval of both the Olympics’ session schedule and ticket prices for locals.

“We were able to see the IOC’s full satisfaction with the Games’ preparation,” added Takaya.

“We are absolutely right on track to deliver the Games right on time.”