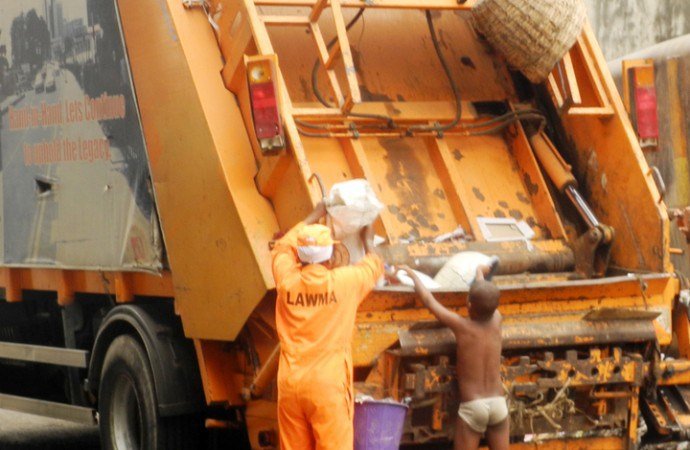 The Association of Waste Managers of Nigeria (AWAM) has decried the inability of its members to access the dump sites in Lagos State.

The chairman of AWAM, Mr Oladipo Egbeyemi, told the News Agency of Nigeria (NAN) that the Private Sector Participation (PSP) operators were being subjected to selective service at the dump sites.

Egbeyemi said that the trucks of the operators were usually kept on queue up to four days at the dump sites, but Visionscape’s trucks were allowed to dump their refuse with ease.

He said that the association recently engaged the concessionaire of Solous dump site at Igando on the need to improve the Lagos State waste collection.

The chairman said that the queue lasted at the site for four days, but after engaging the concessionaire, it reduced to one to two days.

According to him, the only way waste operators can work properly is by making the end place for refuse accessible, and making it viable by shortening the turnaround time.

“The waste we pack are very cohesive in nature. When waste decomposes, they bring out corrosive and hazardous gases.

“So, while the truck is on the queue waiting for hours and days, it is slowly corroding the metal of the truck, by so doing, also killing the business slowly.

“While the PSP operators are waiting on queue following due process to dump waste, Visionscape trucks come into view, do not queue, go straight inside to empty the trucks, while the operators are still on queue for three to four days.

“The same queue occurs at the Ewu Elepe dump site in Ikorodu and the leading roads to the dump site are extremely hazardous,’’ he said.

Egbeyemi said that a lot of trucks had capsized because the roads were muddy and slippery, which also made the trucks stay longer than necessary.

He said that due to the inaccessibility of the roads to the dump sites, trucks were unable to leave the platform after they dump, thereby subjecting them to further damage by the caterpillars.

“Dumpsites need a lot of infusion of funds to be able to manage them on a daily basis.

“While one platform is worked upon, trucks will be directed to another platform, so it was a continuous process, not only during the day, but at night.

“But what we have today are dump sites operating only during the day and not properly operated.

Egbeyemi called on government to recapitalise the dump sites and assist the concessionaires of the dump sites for the good of the environment and state.

“We have always told government that there can never be any expert more than waste managers because we have been in this business over two decades.

“We know the job, we know the communities, we know where government can infuse money,’’ he said.

“We have written uncountable letters seeking audience with his Excellency, proffering solutions on the way forward, we have never received any reply to those letters.

“What we have been seeing is that government is ignoring the PSP operators and picking few of us to work against us,’’ he said.

Mr Adebola Shabi, the Special Adviser to the Governor on Cleaner Lagos Initiative (CLI), said that government was a listening one that did not want any business to become paralysed.

Shabi said that government was working to put the roads to the dumpsites in order.

He said that the administration was working on establishing more Transfer Loading Stations (TLS), so that operators would not have to travel far to the dumpsites.