Grace Mugabe to face trial for assault in South Africa 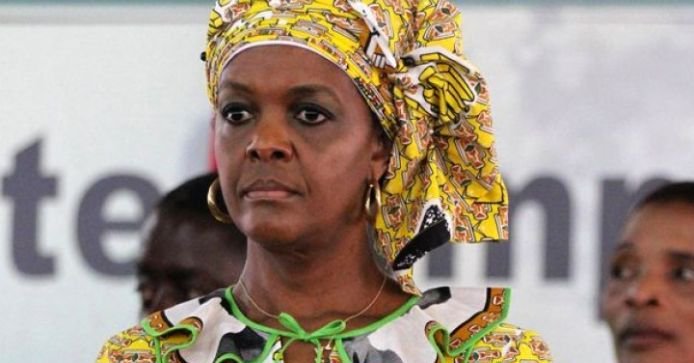 A South African High Court on Monday overturned a decision by the government to grant Zimbabwe’s former first lady Grace Mugabe diplomatic immunity after she was accused of whipping Gabriella Engels with an electric cord.

Delivering his judgement on Monday, Judge Bashier Vally stated that the decision by the former Minister of International Relations and Cooperation Maite Nkoana-Mashabane, to grant Mrs Mugabe diplomatic immunity was inconsistent with the South African Constitution and should therefore be set aside.

“It is declared that the decision of the minister of August 19, 2017, in terms of the diplomatic immunities to recognise Dr Grace Mugabe immunities is inconsistent with the Constitution of South Africa. The decision is reviewed and set aside,” the judgment stated.

The former minster explained in court that Mrs Mugabe automatically qualified for immunity from prosecution by virtue of her status as the wife of a head of state.

She also argued that not awarding Mrs Mugabe diplomatic immunity might have serious implications for relations between South Africa and Zimbabwe.

Mrs Mugabe returned to Zimbabwe immediately after South Africa granted her diplomatic immunity, allowing her to evade prosecution for assault and causing a row in South Africa where the opposition Democratic Alliance also challenged the ruling.

Mrs Mugabe denied assaulting Engels with an electric cable, saying an “intoxicated and unhinged” Engels had attacked her with a knife.

According to Engels, an irate Mrs Mugabe burst into the room where she was waiting with two friends in a Johannesburg luxury hotel suite to meet one of Mugabe’s sons last August, and started attacking her with an electric cable.

Willie Spies, a lawyer for Afriforum, said the National Prosecuting Authority (NPA) should now take action to prosecute Mrs Mugabe and seek her extradition from Zimbabwe to South Africa.

Spies said if the NPA failed to take action, Afriforum would start proceedings against Mrs Mugabe.

NPA spokeswoman Phindi Mjnonondwana said the case was still in the hands of the police and had not yet been sent to the NPA for action.

However, NPA spokesman Luvuyo Mfaku said South Africa and Zimbabwe had previously cooperated on extraditing suspects from one country to the other.

Following the judgement, International Relations and Cooperation Department under Minister Lindiwe Sisulu said they were still studying the judgment.

The news from the South African court came as former president Mugabe (94), accompanied by his wife and daughter Mrs Bona Chikore, cast his vote at Mhofu Primary School in Highfield township, the first election that does not include his name on the ballot paper since the country gained independence from Britain in 1980.