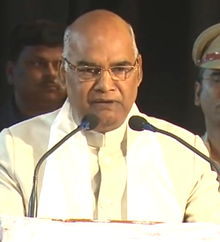 An Indian minister on Wednesday defended a controversial citizens’ list to detect illegal immigrants from mainly Muslim Bangladesh, saying the growth in the Hindu population of a border state had been overtaken by that of Muslims.

Assam has the second highest percentage of Muslims among all states in Hindu-majority India.

The draft is the result of a years-long agitation by residents of Assam demanding expulsion of the immigrants from Muslim-majority Bangladesh just over the border.

“In the 50 years between 1961 and 2011, the majority community in Assam has grown 2.4 times; the minority has grown 3.9 times,” Arun Jaitley, one of Modi’s senior-most cabinet colleagues, said in a blog post here.

“This has caused a major demographic impact.”

Jaitley, who is on medical leave from his role as finance minister, also quoted a Supreme Court order that said that influx of illegal migrants was turning some Assam districts into a Muslim-majority region which could lead to demands for their merger with Bangladesh.

“Nobody could have put it better,” Jaitley said.

He added that Assam’s neighboring state of West Bengal, whose chief minister has taken the lead in opposing the citizenship exercise, was “not far behind” in the changing demographics fueled by immigration.

Assam has been racked by waves of violence over the years as residents, including tribal groups, have clashed with both Hindu and Muslim settlers, whom they accuse of plundering resources and taking away jobs.

Scores of people were chased down and killed by machete-armed mobs intent on hounding out Muslim immigrants in 1983.

West Bengal Chief Minister Mamata Banerjee has accused the BJP of trying to make millions of people stateless for political reasons and warned of a “bloodbath” and “civil war”.

The NRC is the result of a years-long agitation by Assam residents demanding expulsion of immigrants from Bangladesh who are accused of taking their jobs and cornering resources.

The draft list, however, has been charged with leaving out even genuine Indian citizens.

There is an option for people to file claims and objections before a final list is prepared later this year.

India does not have a deportation pact with Bangladesh.

The government has said it would decide on the fate of those eventually deemed foreigners in consultation with the Supreme Court, which is monitoring the registration process.