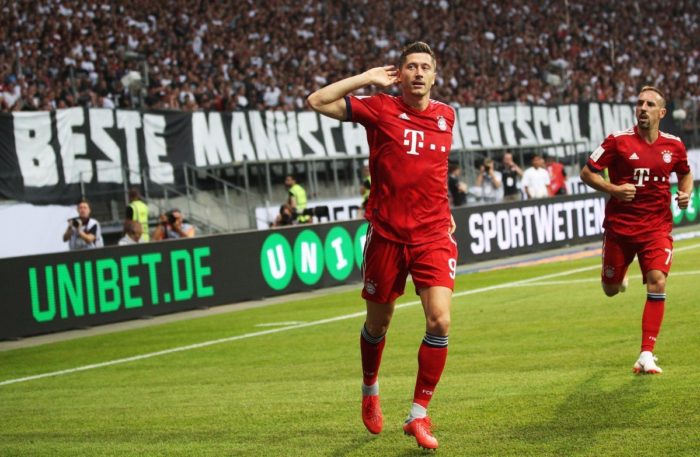 The Poland striker, 29, scored with two first-half headers and completed the treble with a fierce left-footed shot 10 minutes after the break.

Kingsley Coman and Thiago Alcantara rounded off the scoring.

It was a revenge of sorts for Bayern, who were beaten 3-1 by Frankfurt in last season’s German Cup final.

BBC reports that Lewandowski’s future at Bayern has been the subject of major speculation this summer, but manager Niko Kovac has said the club “certainly won’t let him leave”.

Bayern do not begin their Bundesliga defence until 24 August when they host Hoffenheim. Before that they face Drochtersen/Assel in the German Cup on 18 August, while Frankfurt travel to Ulm in the same competition