Only NFF recognised by CAF or FIFA can sack me - Sanusi 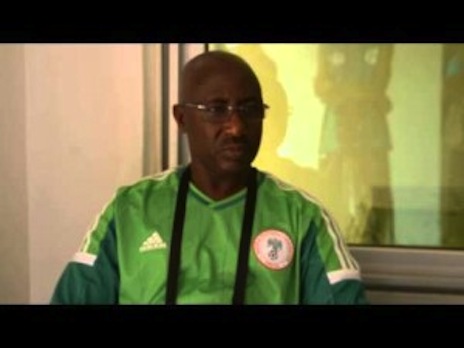 Mohammed Sanusi, General Secretary of the Nigeria Football Federation (NFF) headed by Amaju Pinnick, on Monday said he could only be sacked by a body recognised by CAF or FIFA.

Sanusi told the News Agency of Nigeria (NAN) in Abuja that he would not be bothered by any declaration of his being sacked by any group.

Chris Giwa-led NFF board had on Sunday said it had terminated the appointment of Sanusi as NFF General Secretary.

“How can a body that did not employ me sack me? It is only an NFF that is recognised by CAF or FIFA that can sack me,” Sanusi said.

According to the Giwa-led NFF board, Sanusi’s appointment termination followed the enrolment Order 5, page 3 of the Order of the Federal High Court in Jos.

Victor Iroele, Giwa’s Senior Special Assistant on Media, had said on Sunday in a statement that the order was granted to the matter’s first and second applicants.

According to the order, all acts, resolutions and or decisions made or taken by the Executive Committee of the NFF purportedly elected on Sept. 30 2014 were also set aside.