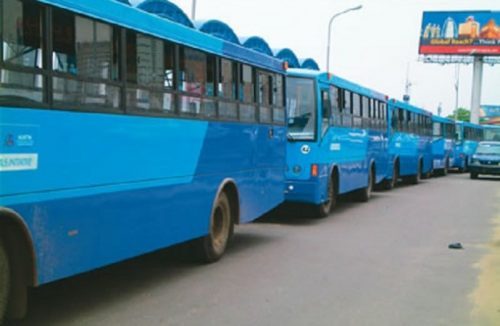 Lagos State Government says it has taken delivery of 300 new buses into its Bus Rapid Transit (BRT) fleet to boost public transportation services in the state.

The Commissioner for Transportation, Ladi Lawanson, told the News Agency of Nigeria (NAN) in Lagos that the new buses were part of the 800 buses paid for by the state government.

The 300 buses would be on Lagos roads from Oct. 1, the commissioner said.

“The most important thing is that the buses will start rolling out from October and we are not stopping at that and we won’t stop at 800.

“All 800 buses have been paid for but they are not bought off the shelf, they are produced in batches. The state government, being an enabler, made a financial commitment for those 800 to come in.

“But we have a firm agreement with the bus company that we are going to build up to 5000 buses in the next three to four years,” Lawanson said.

The commissioner said that the bus company had also expressed commitment to establish assembly plant in the country to provide jobs and for easy maintenance of the buses.

“That is part of what we knew we had to resolve from the old ways we have been acting. Part of the company’s agreement is to establish an assembly plant here to provide more jobs for Nigerians and solve the problems of maintenance and spare parts,’’ he said.