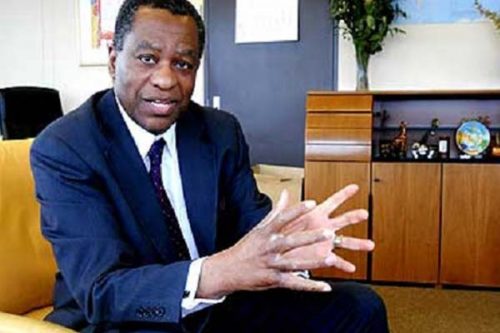 The Minister of Foreign Affairs, Mr. Geoffrey Onyeama, has distanced himself from a report that he condemned Enugu State Government over non-performance.

He explained in a statement by his media aide, Ms. Sarah Sanda, on Friday in Abuja that his message was directed at politicians seeking positions in the state and not the state government.

Specifically, Onyeama stated that his statement was directed at persons seeking elective positions on the platform of the All Progressives Congress (APC).

Recalling the statement, he said “it was not enough in seeking office to build houses and enrich yourselves; you have to create jobs.

“Some of the irregular migrants leaving this country are from Enugu State, so, you have to do more to create jobs for the youth.”

The Minister noted that the presence of women and youth in the state was crucial because of their contributions to the electoral process.

“We should not only remember them when it is time for election; we should remember that we have to be responsive to their needs and those of the elderly and pensioners.

“They should have a say on how we govern them and not when we get into office, we just dictate what should be. Governance is a serious business,” he said.