Ambode charges CDAs, CDCs to be symbols of peace in their domains 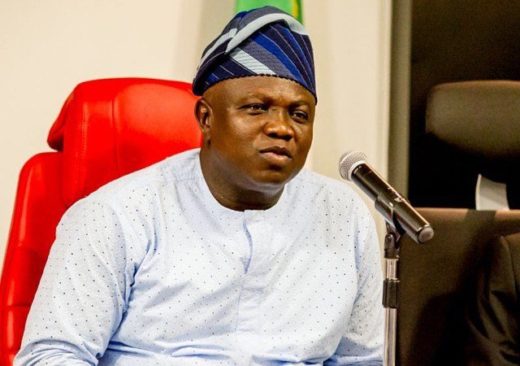 Lagos State Governor, Mr. Akinwunmi Ambode has charged Community Development Associations, CDAs and Community Development Committees, CDCs to be symbols of peace and harmony in their various communities just as he restated his determination to continue to promote peaceful coexistence of all residents of the State regardless of their tribe, religion, and political affiliations.

The Governor made the call on Sunday during the celebration of the 2018 Eid -El Kabir celebration with the members of the Community Advisory Council and Community Development Associations across the State at Police College Ground, Ikeja, Lagos.

Ambode, who spoke through his Special Adviser on Communities and Communications, Hon. Hakeem Sulaimon urged all residents of the State to be prepared to play their parts in the development of the State even as they aspire to turn their aspirations into reality in the Centre of Excellence.

He commended the CDAs for their roles in protecting government infrastructure within their domains describing them as strong pillars of his administration.

“Let me again use this opportunity to reassure all residents that we remain committed to the welfare and well-being of all citizens irrespective of their location within the state without prejudice to the ethnic, religious, political and socio-economic background,” Ambode assured residents of the State.

The governor commended the CDAs who have completed their self-help projects and also advised those who are yet to complete theirs to do so in earnest.

Ambode told the CDA members that his promise to provide annual grants to complete self-help projects within their various neighborhoods subsists, stressing that the fulfillment of the promise was hinged on the judicious use of the N500 million grant given to 275 Community Development Associations recently.

“As we speak, we have over 200 different projects going on simultaneously in different locations across the State and this has greatly assisted in providing jobs for the citizenry.” The governor added.

He disclosed that the state government was using a multi-faceted approach in tackling the issue of insecurity with the provision of security of apparatus for security agencies on one hand and through empowerment initiatives for the teeming population who would have resorted to crime as a result of idleness on the other.

Earlier, the Special Adviser to the Governor on Communities and Communications, Hakeem Sulaimon in his welcome address delivered by the Permanent Secretary in the Ministry, Mr. Fola Padonu informed the gathering that the celebration offers an opportunity for everyone to continue to showcase the spirit of peaceful coexistence, harmony, unity, and tolerance which according to her is the essence of Eid-El -Kabir

According to him, the governor had always been at the forefront of propagating the values of oneness, stressing that one of the ways the Governor is promoting this is by identifying and celebrating with the residents on occasion like this.

He maintained that though the present administration under the leadership of Mr. Akinwunmi Ambode has invested massively in community development, there is the need for members of the various associations continue to partner with government in its quest to deliver improved infrastructure and developmental projects.

Also, the CDC Chairman of Ijede, Mr. Ayoku Owolawi in a goodwill message, acknowledged what he described as ‘unexpected recognition’ given members of the various community associations across the State under the present administration in the State.

He assured the Governor that the trust reposed in them by the State Government would be jealously sustained by the CDCs and CDAs in order to encourage the Governor to entrust higher responsibilities to the care of the Community leaders.