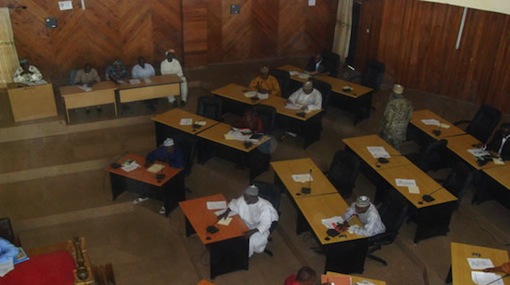 Kogi House of Assembly on Tuesday called on the State Government to upgrade Model Primary Health Care Centre, Ike-Bunu in Kabba-Bunu Local Government of the state to a cottage hospital.

The House made the call in its resolution of at plenary on Tuesday following, the adoption of a motion moved by the Speaker, Mr Matthew Kolawole in Lokoja.

In the motion, presented by Oluwatoyin Lawal (PDP-Yagba West) on his behalf, Kolawole said that the upgrade would help upscale the health status of the rural community and address the upsurge of mortality rate in the.

“More importantly, the upgrading of the Health Care Centre will go a long way in reducing the Health challenges and the upsurge of
mortality rate facing the Community and the surrounding villages.

“There is an adage that says Health is wealth which underscores the importance of proper Health care delivery to our people.

“ The upgrading will key into the new Direction Agenda of his Excellency, Alhaji Yahaya Bello,” he said.

The Health Centre, according to him, is currently equipped with 22 beds for males, females and children, a laboratory, a theatre room, pharmacy and one functional ambulance among others necessary for the upgrade.

Seconding the motion, Obaro Pedro (APC-Mopa-Muro), said the motion was apt in view of the positive impact the upgrade of the healthcare centre would make on the health and well-being of the communities.

In his ruling, Kolawole said the main objective of the motion was to provide a more effective, robust and efficient healthcare delivery at the community level.

He noted that most facilities at that level suffered lack of equipment and personnel.

The speaker, thereafter, adopted the motion, following majority voice votes in its favour.