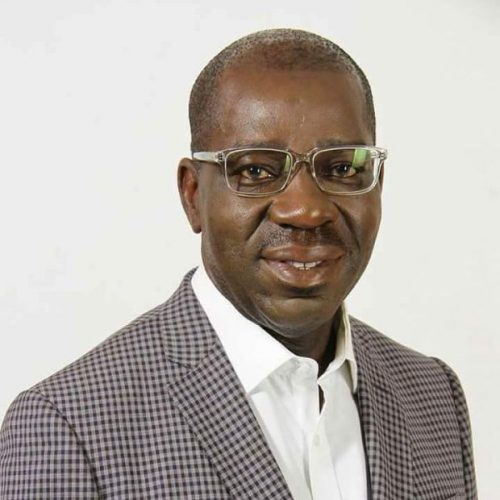 The gunmen who abducted Mr. Henry Ashofor, the Chairman of the All Progressives Congress (APC) in Akoko-Edo Local Government Area of Edo State, are demanding N20 million ransom for the releaseof their victim.

The pharmacist-turned politician was kidnapped on Saturday evening, near Ayetoro, along the Igarra-Ibillo Road, while on his way home from Igarra where he had attended a burial ceremony with other politicians.

A source close to the family disclosed that the abductors called his wife on Sunday evening, where they made the demands, but the family pleaded with the kidnappers to reduce the ransom to N600,000.

As at the time of this report, the Chairman of the local government area, Don Umoru, was said to be in a security meeting with top government officials and heads of security agencies in the area.

A leader of the party who did not want to be named, told journalists on phone: ”We are still on it, some hours ago, they called that we should bring N20 million. We are having security and peace meeting as we speak.”

He explained that the abducted chairman was with several other political leaders but left midway with his followers to go back to Ibillo where he ran into the kidnappers who laid an ambush.

The politician said: “There is unease in the area. Friends and family members of Ashofor are deeply traumatized as a result of the kidnap. Besides, they will not be able to raise the huge amount of money being demanded by the kidnappers. The kidnappers refused to reduce the ransom. It is a terrible time for his family and friends.

“We were shocked when we were told that he has been kidnapped. They were taken at gun point and led into the bush.”

Also, the Secretary to the Otaru of Igarra, Folorunsho Dania, who called on the federal government to come to the aid of the local government area, chronicled​ the series of kidnappings and other criminal activities in the area.

“Just last week, a retired principal was kidnapped on the same route. Few days back at Okpe Junction, people who were coming from a function were attacked by gunmen, the four tyres of their vehicle were shattered.

“Few months ago, two retired matrons from the General Hospital were kidnapped in Igarra. We have not even recovered from the robbery that killed several lives,” Dania related.

As at the time of filing this report, it was gathered that the APC ward III Chairman in the area, Mr. Arnold Shadrach, was just released after he was reportedly kidnapped few days ago.

When contacted on phone, the Edo State Police Command Spokesman, Mr. Chidi Nwanbuzor, said that he was in a meeting and could not speak on it.