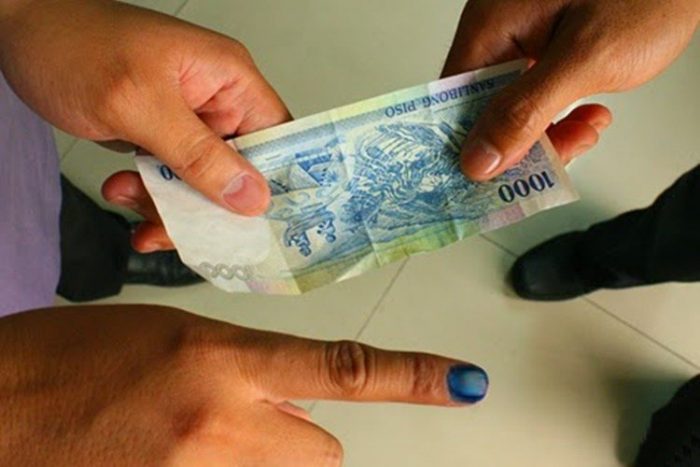 Catholic Bishops have urged all registered voters to ensure that they are equipped with voter’s card and reject the illegal practices of selling and buying of votes.

The clerics made the plea in a communique issued at the end of the 2nd Plenary Meeting of the Catholic Bishops’ Conference of Nigeria (CBCN) in Sokoto, held from Sept. 6 to Sept 14.

The communique was made available to the News Agency of Nigeria (NAN) in Lagos on Friday.

The President of the CBCN, Most Rev. Augustine Akubueze, who signed the communique, said that Nigerians should not be swayed by the various inducements by politicians.

“It is the right of Nigerians to fully participate in the electoral process without intimidation and violence.

“We demand that the choice of the electorate, once made, be respected by all. Although elections are not enough to enthrone good governance, they are an important stage in that project.

“Unless we get our electoral process right, elections in Nigeria will only become expensive cosmetic exercises that legitimise corruption and ineptitude,’’ the communique stated.

The bishops urged political office holders to know that they were elected to provide services for the entire citizenry, irrespective of political, religious or ethnic affiliations.

They condemned violence and insecurity in some parts of the country and urged the Federal Government to defend the lives and property of every citizen.

“We strongly appeal that thousands of our internally-displaced compatriots be helped to return to their homes and their land restored to them as quickly as possible,’’ the communique stated.

The bishops also urged the Federal Government to secure the unconditional release of Leah Sharibu.

“We advise the Federal Government to ensure the safe release of the remaining Chibok girls and all other persons in captivity.

“We urge their families to remain hopeful and steadfast in prayers, while assuring them of our prayers as well,’’ the bishops said.

The clerics commended governments at all levels for providing policies for national development, in the areas of economy, politics, provision of social amenities and security.

“We continually encourage the legislators to enact good laws and abrogate bad ones, so as to ensure order, safety, good conduct and safeguard the Common good.

“We also enjoin the judiciary not to allow itself to be used as an instrument of subjugation, oppression, discrimination and injustice.

“We note that the rule of law connotes equality of all under the law; seeks the protection of fundamental rights of citizens; and guards against abuse of power, the communique noted.

The bishops urged all tiers of government to pay more attention to the aspirations of the young people, especially the poor, internally-displaced, victims of exploitation, orphans, and migrants.

“The Church is very much aware that young people, with their challenges and opportunities, are not only the future of the Church but also the larger society,’’ the clerics noted.

According to the communique, in keeping with the provisions of our constitution, regarding freedom of religion, we continue to urge all governments at all levels to respect the rights of citizens to practise their religions unhindered.

The clerics urged religious leaders to be more committed to protecting all those entrusted to their pastoral care, especially the weaker ones.

They advised Nigerians to join hands across religious, ethnic and political divides in order to build one, united and robust nation that all Nigerians would be proud of.

“We desire that mutual understanding and peaceful coexistence becomes a model for the adherents of all religions in the country.

“This would enable us to collectively build the great Nigeria of our dreams,’’ the communique stated.

The bishops called on all Nigerians for their continuous prayers for the nation at this crucial time.

“Our Lord Jesus Christ demonstrated the power of prayer during his earthly life. He prayed incessantly, especially, at very decisive and significant moments of his life.

“Following his footsteps, we direct that our Church at various levels continue to pray, especially as we approach the election year,’’ the bishops said.