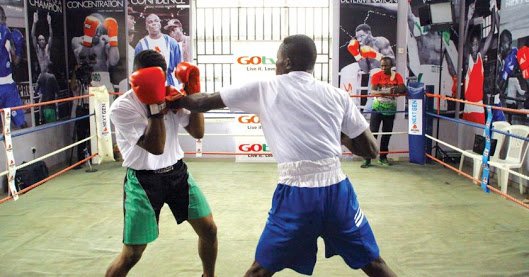 Coaches and boxing authority figures at GOtv Boxing NextGen Search 4 holding in Abeokuta have expressed delight at the quality of young boxers participating in the programme.

During the session which featured over 50 bouts, coaches and boxing administrators praised the level of performances put up by the boxers on parade and were thrilled by the preponderance of youthful boxers.

The programme will be concluded today with the announcement of selected boxers. The selection was made by elite coaches with a cumulative boxing experience of over 100 years.

Speaking at the opening ceremony on Thursday, Jenkins Alumona, Managing Director of Flykite Productions stated that all boxers selected today from the event will have their professional boxing licence fees paid by the Chairman of GOtv Boxing, Mr Adewunmi Ogunsanya (SAN) and will also be given free pre-licensing medical check-up.

He also said that this year’s edition has experienced the highest turnout of boxers since the first edition, recording boxers from over five states: Lagos, Enugu, Ondo, Abia, Oyo and Ogun.

Alumona equally stated that at least two of the selected boxers at GOtv Boxing NextGen 4 will fight at the next edition of the GOtv Boxing Night.

Dr Rafiu Ladipo, President, Nigerian Boxing Board of Control (NBB of C), commended sponsors of the programme for their continued support for Nigerian boxing.