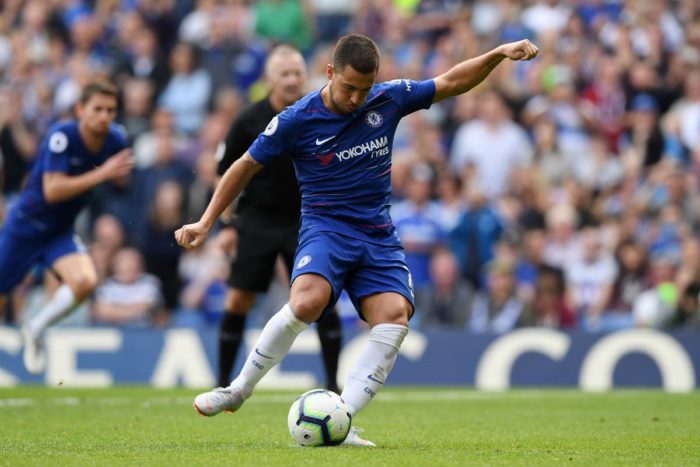 Eden Hazard scored a hat-trick as Chelsea swept aside Cardiff City to maintain their 100% start to the Premier League season and go top of the table.

The newly promoted visitors took the lead when Joe Ralls’ free-kick was headed by captain Sean Morrison into the path of Sol Bamba, who volleyed home.

However, Hazard scored twice in seven minutes before half-time to send Chelsea in on top.

According to BBC, the Belgium international scored his third with a late penalty after Bamba brought down Willian, who added the Blues’ fourth from long range.

Victory means Chelsea have started a top-flight season with five successive wins for the fourth time, and first since 2010.

For Cardiff, defeat extends their winless run to six games, their worst spell since Neil Warnock was appointed manager in October 2016.

They started well at Stamford Bridge, and deserved the lead given to them by Bamba, but Chelsea’s quality ultimately shone through.

The Blues now have five points more than they had at this stage last season.