Mayweather to fight Pacquiao this year 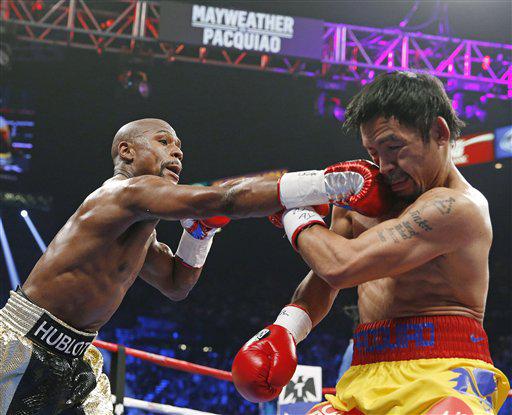 Floyd Mayweather (L) punches Manny Pacquiao in the face in what was dubbed the 'Fight Of The Century' in 2015
PHOTO: AP

Floyd Mayweather has said he will come out of retirement to fight Manny Pacquiao in a rematch later this year.

The pair first met in Las Vegas in May 2015, with Mayweather winning via unanimous decision.

Mayweather posted a video on social media with the caption: “I’m coming back to fight Manny Pacquiao this year. Another 9 figure pay day on the way.”

The 41-year-old has not fought since his bout with UFC star Conor McGregor in August 2017.

He announced his retirement after the 10th-round stoppage-win over McGregor, taking his record to 50-0.

The first meeting between the American and 39-year-old Filipino Pacquiao was the most lucrative contest in boxing history, billed as ‘The Fight of the Century’.

Britain’s Amir Khan has also been talking up the prospect of a fight with Pacquiao after his vicory against Samuel Vargas earlier this month.

“The only fight that works for me over Kell Brook is Manny Pacquiao,” Khan said. “I want him. He is my number-one pick.”