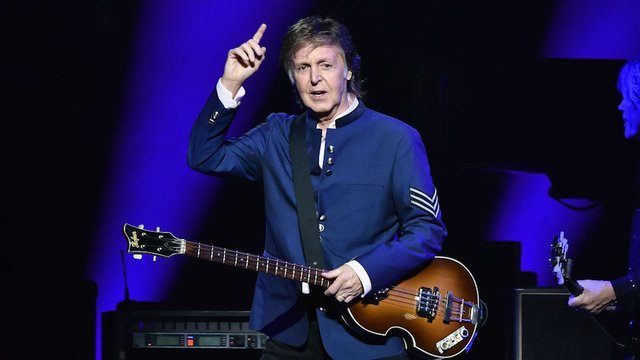 Paul McCartney revealed in a recent interview that he took aim at President Donald Trump in his new solo album, dubbing him the “mad captain” in one of his songs.

During an interview with BBC, the former Beatles bandmate said he took swipes at several climate-change deniers, including Trump, in a track, titled “Despite Repeated Warnings,” on his new album, “Egypt Station,” which was released earlier this month.

The track includes verses like “despite repeated warnings of dangers up ahead, the captain won’t be listening to what’s been said” and “those who shout the loudest, may not always be the smartest.”

McCartney told the BBC that he made the track to “basically say, ‘occasionally, we’ve got a mad captain sailing this boat we’re all on and he is just going to take us to the iceberg [despite] being warned it’s not a cool idea.’”

When pressed during the interview about who it was he had in mind when he thought of the words “mad captain,” McCartney answered, “Well I mean, obviously it’s Trump.

“But I don’t get too involved because there’s plenty of them about,” he said added, while noting that Trump is “not the only one” either.

Trump has denied climate change and has claimed it was “created by and for the Chinese in order to make U.S. manufacturing noncompetitive.”

In December, Trump tweeted during a bout of cold weather, “perhaps we could use a little bit of that good old Global Warming.”

During his administration, Trump has worked to roll back Obama-era regulations on coal-fired power plants that were intended to address climate change.