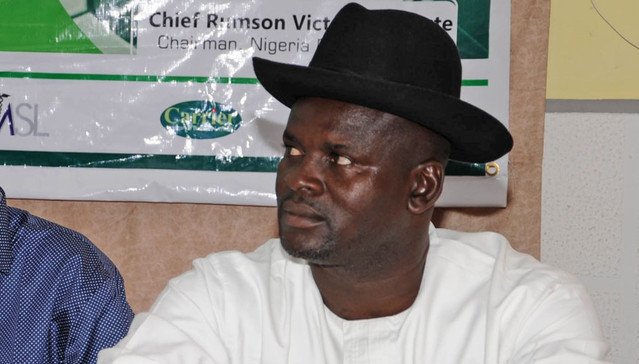 Rumson Baribote, an All Progressives Congress (APC) House of Assembly aspirant in Bayelsa, has boasted that the party would dislodge the Peoples Democratic Party (PDP) in the state in the 2019 general election.

Baribote, who is contesting for the Nembe 1 Constituency seat in the Bayelsa State House of Assembly, told the News Agency of Nigeria (NAN) on Sunday on telephone that serious mobilisation was on to achieve the party’s aim.

According to Baribote, being the party agent of Nembe Local Government Area ward 8 in the 2015 governorship election in the state has equipped him for the House of Assembly primary election scheduled for Oct. 2.

“I have been in APC since 2015 and we have been strategising for the 2019 election ever since I was appointed Nembe Ward 8 party agent,” he said.

Baribote, a former Chairman of the Nigeria Premier League (NPL) and proprietor of Nembe City football club, assured the people of quality representation if he emerged the party’s flag bearer for the election.

He solicited for the support of party elders, noting that APC had become a household name in the state compared to 2014 when it was newly registered.

“It’s about what you have given to your people and them ready to give you their votes. I am hopeful of emerging from the primary election and going ahead to win the seat.

“Sports will thrive under my leadership; even before going to the House, we have tried to use football to project Nembe by way of Nembe City FC.

“Going there, I will focus on constituency projects and one of them will be to bring out the youth in the area to harness their talents to curb youth restiveness.

“We want to use sports as a tool to achieve this. This race is about what individuals can do and not about PDP being the ruling party in the state; it’s about credibility,” Baribote said.

Baribote was the chairman of Bayelsa United FC during the reign of former Governor Timipre Sylva.