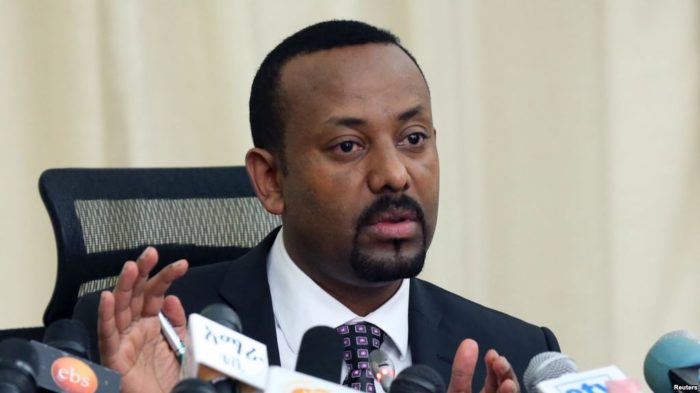 Ethiopia and Eritrea have signed a peace agreement in Saudi Arabia ending decades of simmering conflict between the two Horn of Africa countries.

Saudi Arabia facilitated the agreement, with the Foreign Ministry quoted as saying the accord, signed in Jeddah, “is a historic milestone for the peoples of Ethiopia and Eritrea which will contribute to strengthening security and stability in the region at large”.

UN Secretary-General, António Guterres, was in Jeddah to witness the signing of the peace agreement between the two countries on Sunday.

The UN chief said: “The signature of the peace agreement between the President of Eritrea and the Prime Minister of Ethiopia is indeed a historic event,” said the UN Chief.

The Secretary-General, at a press conference following the signing, commended the two former enemies for ending decades of conflict between them.

“We have seen a conflict that has lasted for decades, ending, and that has a very important meaning in a world where we see, unfortunately, so many conflicts multiplying, and lasting forever,” Guterres said.

He expressed his “deep appreciation” for the role played by Saudi Arabia, before paying tribute “to the courage, the vision, the wisdom” of the Prime Minister of Ethiopia, Abiy Ahmed.

Guterres said the Ethiopian prime minister has had the capacity to overcome enormous resistance, opening a new chapter in the history of his country, just as the UN Chief also commended the President of Eritrea for his promptly response to the peace initiatives.

Efforts to resolve the thaw in relations between the neighbouring countries that fought a bloody war in the late 1990s, began in June, when Ethiopia’s newly-elected leader made peace overtures to his counterpart, which have now come to fruition.

Seizing on the implications for the whole region, Guterres said that the agreement meant that “there is a wind of hope blowing in the Horn of Africa”.

“It is not only the peace between Ethiopia and Eritrea, it is the fact that tomorrow and the day after tomorrow, we will have, here in Saudi Arabia, the President of Djibouti and the President of Eritrea – two countries that have also been at odds with each other,” he said.

Eritrea and Djibouti reportedly announced on Friday that they would also normalise diplomatic relations with each other following a border clash in 2008 that left several dead and prisoners being taken from both sides.

The UN chief also noted the peace agreement between Sudan’s President Salva Kiir and his former Vice President, Riek Machar, that was signed on Thursday in Ethiopia’s capital, Addis Ababa.

The UN chief described the peace agreement as another indicator of real diplomatic movement across the Horn of Africa and its borders.

“I want to say that this window of hope is enormously important in a world where, unfortunately, hope has been very scarce,” the Secretary-General added.