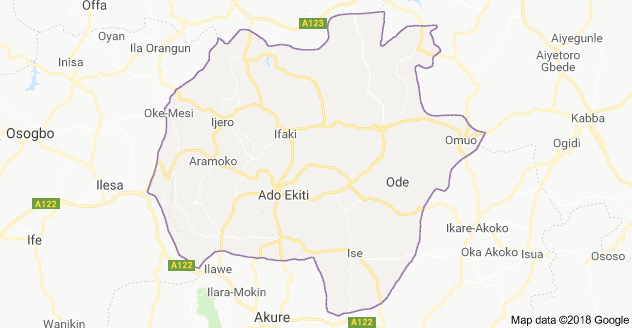 The Diocese of Ekiti West, Church of Nigeria (Anglican Communion), on Sunday advised politicians against making unrealistic promises to the electorate as the 2019 general elections approaches.

It also admonished Nigerians against the practice of vote buying, which it noted, had also been gaining ground in the country, saying that the practice aimed at stifling people from making free choice of their candidates.

These were some of the resolutions reached at the 1st Session of the 7th Synod of the diocese which ended on Sunday.

It was presided over by the Bishop of the Diocese, Rt. Rev. Rufus Adepoju.

The four-day synod which held at St. Paul’s Anglican Church, Idagba, Efon Alaaye, in Efon Local Government Area of the state, had as its theme: “Be Ye Steadfast”.

A communiqué issued at the end of the synod, stressed that vote buying could give a bad candidate with loads of funds an undeserved edge to the detriment of the people in the long run.

The synod urged all eligible Nigerians who had registered registered with the Independent National Electoral Commission (INEC), to collect their Permanent Voter Cards (PVCs) in order to be able to perform their civic responsibility of voting.

The church noted that empty promises had dampened the interest of Nigerians in the electoral system.

“The Synod admonished some of our politicians who are in the habit of making empty promises to desist from such practices, which only heighten people’s expectations only to disappointed at last.

“This practice contributes to disaffection for people in governance and politics.

“Synod appealed to governments at both states and national level to promptly pay salary and pension arrears to serving workers and pensioners.

“The non-payment of these deserved salaries and pension has brought untold hardship to families, especially those where the husband and wife are civil servants.”

According to the communique, Synod expressed concern over the scourge of political and religious motivated killings, kidnapping and other anti-social behaviours.

It urged the Federal Government to deploy adequate security resources to tackle the menace and eradicate them.