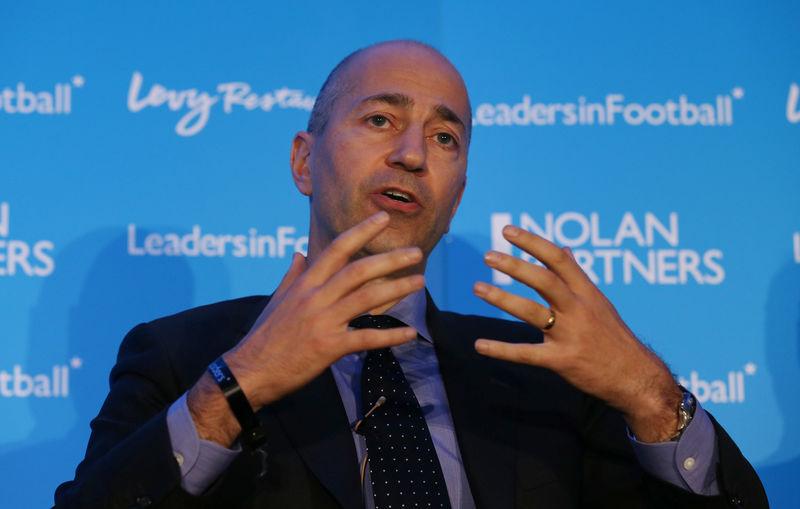 Arsenal Chief Executive, Ivan Gazidis will leave the Premier League team to join Italy’s AC Milan in the latest move in a year of change at the English club.

This is coming after almost a decade at Arsenal which is restructuring off the field following the departure of team manager Arsene Wenger who had been at the club since 1996.

The departure of Gazidis comes a month after American billionaire Stan Kroenke took full control of Arsenal by buying out Russian rival Alisher Usmanov, valuing the Premier League club at around $2.3 billion.

“Arsenal is entering a new chapter and I have done everything I can to ensure that it is strongly placed to take on that challenge,” Gazidis said in a statement.

“Many would say it was a “strange time” for him to leave.

“Although it is very hard to do – the hardest decision of my life.

“I believe that, after 10 years, it is the right time for me to step aside to allow new leadership, energy and ideas to take the club forward into this exciting new era.”

Arsenal and AC Milan will both compete in this year’s Europa League, with both teams failing to qualify for the more lucrative Champions League in recent seasons.

Gazidis said he would be “working to restore (Milan) to its rightful place in football”.

Elliott Investments took control of the club in July after Li Yonghong, who last year had bought AC Milan from former Italian Prime Minister Silvio Berlusconi, failed to make a repayment that was due to the U.S. fund.

Several English newspapers had reported in recent days that Gazidis, who had previously worked in Major League Soccer, was in advanced negotiations to move to Milan.

He will leave the London club with effect from Oct. 31.

Arsenal recruited Sanllehi last November from Spanish champions Barcelona, where he had a number of roles including director of football.

Venkatesham has been at Arsenal since 2010.

Arsenal currently sit seventh in the English Premier League after a pair of early defeats under new manager Unai Emery, who joined in the summer from French champions Paris St Germain.

However, many fans voiced discontent with the running of the club in Wenger’s final years, believing financial stability was being prioritised over success on the pitch.