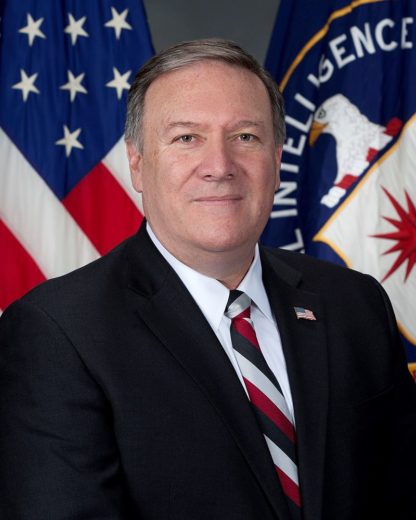 The U.S. Government says it anticipates processing up to 310,000 refugees and asylum seekers in 2019.

U.S. Secretary of State Mike Pompeo said the country proposed resettling up to 30,000 refugees under the new refugee ceiling as well as processing more than 280,000 asylum seekers.

Pompeo said they would join the over 800,000 asylum seekers already inside the U.S. and who are awaiting adjudication of their claims.

According to him, the U.S. continues to be the most generous nation in the world.
“We will continue to assist the world’s most vulnerable while never losing sight of our first duty, serving the American people.

“These expansive figures continue the United States’ longstanding record of the most generous nation in the world when it comes to protection-based immigration and assistance.

“Since 2000, over one and a half million people have been admitted as refugees or granted asylum in the United States of America.

“Since 2001, the U.S. has permanently admitted 4.1 million total lawful permanent residents from refugee-producing nations,” he said.

In addition to the above efforts, the total U.S. humanitarian assistance worldwide was more than eight billion dollars in fiscal year 2017, more than any other country, Pompeo said.

According to him, the 2018 proposed refugee ceiling must be considered in the context of the many other forms of protection and assistance offered by the country.

“Moreover, the refugee ceiling number should not be viewed in isolation from other expansive humanitarian programmes.

“Some will characterise the refugee ceiling as the sole barometer of America’s commitment to vulnerable people around the world. This would be wrong.

“Other countries, when noting their humanitarian protection efforts, highlight their assistance to both refugees and asylees. The U.S. should do the same,” he said.

Pompeo said the 2018 refugee ceiling reflected the substantial increase in the number of individuals seeking asylum in the U.S, leading to a massive backlog of outstanding asylum cases and greater public expense.

He said the daunting operational reality of addressing the over 800,000 individuals in pending asylum cases demanded renewed focus and prioritisation.

He said the magnitude of this challenge was unequaled in any other country.

“In consideration of both U.S. national security interest and the urgent need to restore integrity to our overwhelmed asylum system, the United States will focus on addressing the humanitarian protection cases of those already in the country.

“This year’s refugee ceiling also reflects our commitment, our commitment to protect the most vulnerable around the world while prioritising the safety and well-being of the American people, as President Trump has directed.

“We must continue to responsibly vet applicants to prevent the entry of those who might do harm to our country,” the U.S. top diplomat said.