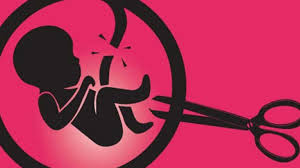 A Public Health Scientist, Mrs Suzanne Bell on Thursday said the abortion rate by women of reproductive age in Nigeria has risen between 1.8 and 2.7 million.

Bell, who made the disclosure at a dissemination exercise of the Performance Monitoring and Accountability 2020 (PMA 2020) in Abuja, said that the rise was as a result of unintended pregnancies.

The event with the theme, “Measuring Performance, Informing Policy and Empowering Communities’’ was a collaboration of the Centre for Research Evaluation, Resources and Development ( CRERD) and the Bayero University, Kano.

According to Bell, majority of these abortions were considered unsafe, hence the need for increased awareness and access to family planning, to protect the lives of women.

“In 2018, PMA 2020 conducted a survey to produce updated and expanded estimates of abortion-related indicators.

“The survey results provided new insights into the characteristics of women who have abortions and the pathways leading to abortion within or outside the healthcare system.

“In Nigeria, most public tertiary facilities provided post-abortion care (92 per cent) and safe abortion services to save a woman’s life (81 per cent); lower level public facilities and private facilities were much less likely to do so.

“When including information related to the experience of respondents closest confidants, the rate of likely abortions in Nigeria rose to 2.7 million.’’

Bell said that women living in rural areas, women with no education and women who are poor were the most likely to have had the least safe abortion.

She further said that six out of 10 abortions were considered least safe and 11 per cent of women experienced complications for which they sought post-abortion care at a health facility.

Earlier, Dr Elizabeth Omoluabi, Principal Investigator, PMA2020, said that one out of every four children were unintended, giving rise to some of the abortions committed by women.

Omoluabi, therefore, called for the empowerment of women to have family planning before marriage in order to reduce the abortion rate.

“The 2018 survey conducted revealed that there has been steady rise in family planning due to awareness on its need.

“19 per cent of Nigerian women are now using modern contraceptives as shown by the survey.

“In our survey, we used three instruments which include household, female respondent and service delivery point questionnaire to carry our survey.

“The impact of quality data in planning is important and hence the data will help us to plan to save the lives of Nigerian women.’’

She added that the PMA2020 in its survey was able to use innovative mobile technology to support rapid- turn around surveys to monitor key indicators for family planning.

The PMA2020 is implemented by local universities and research organisations in 11 countries.

PMA2020 Nigeria is led by the (CRERD) and Bayero University, Kano, with support from the Bill and Melinda Gates Institute for Population and Reproductive Health.

The survey has been carried out in the states of Lagos, Kano, Kaduna, Rivers, Nasarawa, Anambra and Taraba.