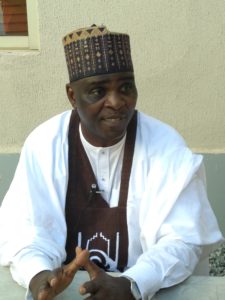 A governorship aspirant on the platform of the All Progressives Congress (APC) in Kwara, Malam Yakub Gobir, has promised to replicate the Agricultural Initiative of the Federal Government in the state if elected.

Gobir made the pledge in an interview on Thursday in Ilorin.

He said he would embark on agricultural revolution to curb poverty among the residents of the state.

“I will take two most important aspects I believe we need to deal with. The first one is the issue of poverty and hunger among the people of Ilorin and Kwara.

“I will declare a total war against poverty in the state.

“Kwara is blessed with a lot of land for agriculture. We can grow cash crop that can be exported.

“Kwara, as it is now, is the 15th largest exporter of Soya beans all over the world that can actually be increased; we can improve on that,” he said.

The governorship hopeful also pledged to focus on youth empowerment to address thuggery and hooliganism among the young ones.

He regretted that 51 years after creation, Kwara had yet to meet the aspirations and dreams of the founding fathers, and promised to take the state to the next level.

According to him, a lot of jobs will be provided for the youth through a proper enumeration and bring out the talents in them.

On the mode of choosing the candidate of the party, Gobir, who is also Wazirin Hausa, said he would accept whatever the decision of the party would be.

He said he was happy with the calibre of people that had come out in the party, saying it was happening for the first time in the history of the state.

The aspirant said that he believed it was him that God would use to liberate the people of Kwara.

He urged other aspirants to work with whoever emerged as the flag bearer of the APC in the interest of the party.

Gobir, a pharmacist, also urged the people of the state to be calm and vote to change what he described as a retrogressive government in the state.