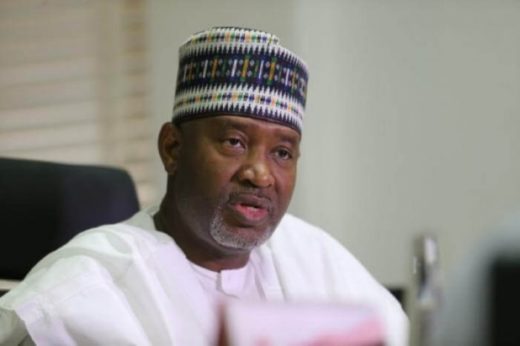 It’s not yet clear what finally did it or who. But it was clear, almost from the start, that the country could not bluff its way through this flight.

Minister of State for Aviation, Hadi Sirika, had mounted the problem maddeningly and by some curious twist of fate the incoming Minister of Finance, Zainab Ahmed, would bear the brunt for it on her second day at work.

On Tuesday, Ahmed was confronted by a group of protesters, who have somehow survived 14 years of misery, and were demanding payment of the pension arrears they earned while working with the Nigerian Airways.

The pension, estimated at about N45 billion, was not even part of what Sirika had in mind in July when he was ticking off the boxes to launch Nigeria Air, his flight of fancy. He had vowed that having apparently discovered from resurfacing the Abuja airport runway that defiance is the best medicine for public opinion, he would press on with the national carrier, come headwinds or tailwinds.

Less than 24 hours after the protesters besieged the Ministry of Finance, however, the government announced the “indefinite suspension” of Nigeria Air, laying to rest, at least for now, the multi-faceted ghosts that will continue to haunt any bogus plan to relaunch a national carrier.

Who bears the cost of this expensive folly?

In July when Sirika announced at the Farnborough air show in the UK that Nigeria would launch a new national carrier in December, I wrote a piece entitled, “Boarding, A Nigerian Flight Of Fancy.”

I argued that the proposal did not make sense and that Sirika had not made a business case because, outside his fancy, there was simply no business case to make for Nigeria Air. Ethiopian Airlines, a rare success story, is government-owned.

High taxes, multiple fees and levies, not to mention volatile fuel costs and poor regulation, make air travel in Africa 200 per cent higher than travel costs in Europe. How was Nigeria Air going to deal with that?

Which native doctor told Sirika that the only way to optimise the BASA agreement is to pour money into a national carrier when private local airlines that tried to use the slots in the past were trashed and foreign ones that tried got their fingers burnt trying to repatriate their money?

The former Minister of Education and former Vice President of the World Bank, who had also spent time consulting on the viability of the project in a number of African countries, Oby Ezekwesili, did not mince her words.

She said the project would fail for the sake of Nigeria, describing it as arrogant waste of public resources.

If Sirika cared at all, it didn’t show. He told the world at Farnborough that the government had already set aside $8 million seed capital for the launch and nothing was going to stop the delivery of five aircraft for the take-off of the national carrier in December.

Before that, a consortium of six consultants, including Lufthansa, had been paid about $5 million in May, after which another consultant – a Bahrain-based company – charged about N163 million for the stylized green-white-green livery and God-knows-how-much more in undeclared invoices.

As part of the countdown to the launch, Sirika even said government was looking at borrowing between $400 million and $500 million to fix defects at the Abuja airport, even though five years earlier the Nigerian government had signed a loan of $500million with China for the construction of four new airports by the China Civil Engineering Construction Company.

One of the four airports include the Abuja airport, for which Sirika claimed he was looking for another $400 million to fix only the defects.

A report by an online publication, TechPoint. Africa, said Nigeria had spent N1.5 billion on Nigeria Air before Sirika announced the “indefinite suspension” of the national carrier on his Twitter handle on Wednesday. The project first appeared in the 2016 budget with an allocation of $1.53 million and has been popping up ever since, like a bad coin.

What is baffling is not that the project failed again. Failure, even repeated failure, can be vital learning experience. What is baffling is that Sirika, and those who could have called him to order, deliberately ignored all the warning signs of a clear and present danger and just kept spending the money and making commitments in a way that they might never have dared if they were spending the money from their own pockets, or in a country where accountability counts.

And now, N1.5 billion or more of public funds is going down in just one tweet. What is undone is undone and there’s not much use in beating Sirika over the head with the forlorn logo of his fancy project. But a single tweet isn’t enough to bury the mess. Something tells me this will not be the last time we would hear of the need for a national carrier, as a matter of “national pride”.

Before the vultures return to the crime scene, as they will, we need to know, line by line, what has been spent so far on the national carrier, for what and why.

Has any commitment been made for the lease of the five aircraft for Nigeria Air due to be delivered about 14 weeks or so?

We need to know, not for Sirika’s sake but for the sake of the other parties who take agreements seriously and for the sake of the country which must carry the can, long after Sirika has found a new pet project. If he’s in doubt about the extent of the problem, he can ask the new Finance Minister who met the rubble at her doorstep only on her second day at work.