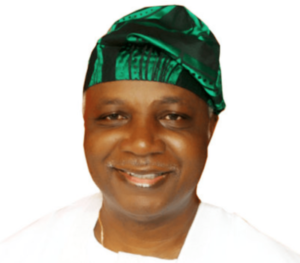 Part of the objectives of the Foundation is to immortalise the name and legacy of the late Dr. Agagu; to live up to and seek to actualise his personal credo which was ‘to leave things better than he met them’ and to further the ideals he lived by and worked passionately towards, particularly intellectual excellence, good governance and national development. So far over two hundred students have received scholarships from the Foundation. The students are those in secondary schools and universities.

The presence of Chief Folake Solanke added pomp and pageantry to the event. Chief Mrs Solanke (SAN, CON), is a Nigerian lawyer, administrator and social critic. She is the first female senior advocate of Nigeria and the first Nigerian female lawyer to wear the silk gown as senior counsel. The lecturer was the former president of Malawi, Mrs. Joyce Banda, an entrepreneur, activist, politician and philanthropist. President Banda is credited with turning around an ailing economy, which was on the verge of collapse in April 2012. She instituted a number of reforms, which led to significant economic expansion in her country, with Malawi’s rate of economic growth rising from 1.8 per cent in 2012 to over 6.2 per cent in 2014. The Emir of Kano, His Royal Highness, Lamido Sanusi Lamido II, led the Kano delegation to the lecture. Professor Sheila Tluo, former UNAID director also came to the lecture. Much of Tlou’s work focuses on gender issues and HIV/AIDS in Southern Africa. Enabling women, particularly those married, in a patriarchal society, to negotiate with their partner for safe sex has major consequences for HIV transmission.

As I sat at the venue of the lecture, I reflected on my friendship with Dr. Agagu. I was introduced to him in 1966 by my friend and classmate, Prince Thomas Adewale Olateru-Olagbegi in Ibadan. While Dr. Agagu was then in Ibadan Grammar school, he represented Ibadan province in tennis, while I and Prince Olateru-Olagbegi represented Ondo province. Our friendship became deeper when I came to know that he was from Ikale in the Okitipupa division of Ondo province. At that time Ondo province was made up of Owo, Ekiti, Ondo and Okitipupa divisions. Lucky enough, one of the divisions, Ekiti, is now a State on its own, thanks to General Sanni Abacha. The other three divisions now constitute Ondo State.

When I came to Ibadan in 1971, we renewed our friendship. It was about that time I used to see him with Dr. Olu Agunloye and Professor Babatunde Osotimehin. While serving as press secretary to the military governor in Ondo State in 1988, Dr. Agagu was made a director in Oluwa Glass Company. At the time I was about to leave the post in 1990, Dr. Agagu was coming in as deputy governor of Ondo State under Governor Bamidele Olumilua. While serving as deputy governor, he came across an advertisement in one of the newspapers calling for attendance in a workshop at the African Leadership Forum in Ota, Ogun State. He got permission from his boss, Governor Olumilua to attend the workshop, and that was the first time he met General Olusegun Obasanjo. That was the beginning of his friendship with the General. The friendship extended to when Obasanjo was detained by General Sanni Abacha and Dr. Segun Agagu along with a retired prison official, Steven Ibi Akiga (1954-2015) used to visit the retired General both in Jos and Yola prisons. Upon his release from prison in 1998, Dr. Agagu had become very close to General Obasanjo and by the time the latter showed interest in politics, Dr. Agagu had become one of his advisers. When General Obasanjo contested for the PDP presidential nomination at Jos Township on February 15. 1999, Dr. Segun Agagu was one of his returning officers. In the election, General Obasanjo scored 1,658 votes, while Dr. Alex Ekwueme scored 521 votes, Chief Don Etiebet – 106, Chief Graham Douglas – 71, Chief Jim Nwobodo – 59, Chief Phillip Asiodu – 12 and Senator Francis Ellah – 12 votes. After being sworn in on May 29, 1999, President Obasanjo later appointed Dr. Agagu as minister of aviation.

At the Federal Executive Council in the villa, we used to meet and chat. In May 2000, he was appointed minister of power and steel. His office at the Federal Secretariat was on the third floor, while mine was on the 11th floor. During our numerous meetings, he informed me that he would contest the governorship of Ondo State. He did and won by defeating the then incumbent, Chief Adebayo Adefarati in 2003. He served as the governor of Ondo State between May 2003 and February 23, 2009. He vacated the office following the ruling of the Federal Court of Appeal that sat in Benin. Between 2009 and 2013, we were very close and the friendship became closer with the help of his junior brother, Femi Agagu, who is now the commissioner for education in Ondo State. I spent several weekends at Iju-Odo, his hometown, with his elegant wife, Funke, hosting us.

A few days before he travelled to America in September 2013, I saw him at Ikoyi and he promised to call me on arrival from his tour. At 7.07 pm on September 13, Femi Agagu called me and I assumed that it was to inform me of his brother’s arrival from the United States, but I was shocked to hear that his brother arrived that day but was dead. I was very much shocked. My shock that day was little compared to that of his widow, Funke, who saw her husband, the father of her children, lover, best friend and sweet heart driving out only to be told an hour later that he was dead. The shock was enough to paralyse any human being. But Funke coped and she has been doing so since then. It was nice to see her and many of Agagu’s friends on that day.

For those who knew Segun Agagu very well, they definitely would have missed him in the last five years. I do. Great fella.

Eric Teniola, a former director in the Presidency, writes from Lagos.