Libya warns against closure of oilfield airport by blackmailing guards 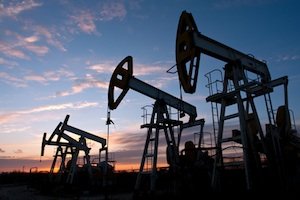 Libya’s state oil firm National Oil Corporation (NOC) on Thursday warned blocking entry to the airport of Al-Wafa oilfield might lead to a complete shutdown of the field.

“The protesting Libyan security guards on Wednesday have closed the airport of the Al-Wafa oilfield, some 540 km southwest of the capital Tripoli and co-owned by Italy’s ENI,’’ the NOC said.

“However, the oilfield operator wil be forced to shut down the field should the closure continue,’’ NOC said.

The NOC said that the blockage was an attempt to “blackmail Mellitah Oil and Gas Company” by the guards.

NOC confirmed that Khaled and Abdelhamid Al Wakwak and members of the Petroleum Facilities Guard in the south-west led the blockage, which would “affect citizens in the western mountain area, and potentially result in power outages.”

“If the blockade continues, the company will be forced to suspend all operations in the Al-Wafa field and evacuate all employees,’’ the statement said,

It added that the closure will result in the cessation of gas supply from Al-Wafa to the Al Ruwais power plant.

The oil firm demanded an immediate end to the blockage, claiming to “prosecute criminal behavior under local and international laws.”

Since 2011, guards, paid by the state to protect the oil facilities, along with other groups, have been frequently seizing oilfields to coerce weak authorities into extra pay and benefits.

In the past, Libya’s NOC and other government bodies have compromised in the end to keep the oil and gas exports stable, the economic caterpillar for the OPEC producer.