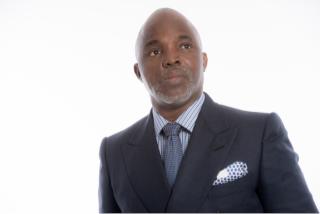 Amaju Pinnick, the re-elected President of the Nigeria Football Federation (NFF) , on Thursday promised to focus more on youth programmes, adding that football was the winner at the end of the polls in Katsina.

The polls was conducted by the NFF Electoral Committee put in place by the NFF Congress at last year’s General Assembly in Jos, Plateau on Oct. 19, 2017.

Pinnick swept aside three other contestants, polling 34 votes to second –placed Aminu Maigari’s 8, with former international Taiwo Ogunjobi getting only 2 votes, while there was none for club owner Chinedu Okoye.

A statement by Ademola Olajire, the NFF’s Director of Communication, said Pinnick pledged to focus even harder on youth development programmes in his second tenure,

Pinnick, who is also the 1st Vice President of the Confederation of African Football, was also quoted as saying that there was no victor and no vanquished in the race as football remained the ultimate winner.

Pinnick also thanked the Attorney General of the Federation and Minister of Justice, the Chief of Staff to the President, the Director- General, Department of State Services and the Inspector General of Police for their tremendous support for the board.

“We respectfully ask for more support as we start a new tenure, during which we aim to consolidate on our vision of building a sustainable football culture for our dear country, and continue the great march toward ensuring financial independence for the NFF.

“We owe this country a lot, and we are committed to working hard to give back so much to it.

“We intend to set up a reconciliation team in a few days to reach out to aggrieved members of the football family with a view to bringing everyone under one umbrella for the purpose of a united front in the pursuit of the greater good for Nigerian Football,” he said.

The NFF supremo also thanked the Governors of Delta and Edo States for their understanding and support, as well as players and officials of the various National Teams for their efforts at doing Nigeria proud at all times.

A festival atmosphere reigned in the ‘Home of Hospitality’ as the full machinery of government was in motion to watch over the big occasion of the NFF 2018 Elective Congress, alongside the presence of observers from world football –governing body, FIFA and the Confederation of African Football.

At the opening ceremony, Governor Aminu Masari of Katsina State poured encomiums on the NFF administration led by Pinnick for its major strides over the past four years,

He praised the aggressive marketing drive of the administration that had galvanized a steady move toward financial independence, while pledging that the Government of Katsina State would continue to invest in football development because of the game’s virtues of youth empowerment and meaningful engagement.

Governor Masari was accompanied to the event by top officials of the Katsina State Government, including the Attorney General and Commissioner for Justice, Ahmed El-Marzuq, the Chief Judge of Katsina State, Justice Musa Abubakar, the Commissioner for Sports, Abu Dankun and the Grand Khadi of the state, Hafiz Bakori.

Pinnick became the first man since Father Dennis Slattery (of blessed memory) in 1957 to be elected back-to-back to one of the hottest seats in world football.

Second –placed Maigari, the immediate past occupier of the office, warmly embraced Pinnick after the vote, saying: “The vote has come and gone, and football is the winner. The focus is football development.

“I bear no grudge and I must say that I am indeed delighted by the strides that Amaju Pinnick has taken since taking over from me four years ago. He is like a son and I am proud of him,” he was quoted as saying.

Incumbent Seyi Akinwunmi was even more emphatic in retaining his seat, bagging 41 of the votes to challenger Sunday Dele-Ajayi’s 2, while one vote was deemed invalid.

In other votes, incumbent Ibrahim Musa Gusau retained his seat as Chairman of Chairmen on the Board, polling 42 of 44 votes, following the withdrawal of Patrick Ifeanyi Ubah on the floor of the election.

Ahmed Yusuf Fresh and Suleiman Yahaya-Kwande retained their seats on the board, after a nerve –jangling contest that went to three rounds.

Chairman of Kwara State Football Association, Busari Ishola was eliminated in the first round after polling only 10 votes, leaving Yusuf and Fresh to vie in the second.

Fresh edged it 22-21, and Ishola was then re-instated to challenge Yahaya-Kwande for the remaining slot from North Central. In the event, Yahaya-Kwande won by 28 votes to 14.

Emmanuel Ibah defeated Oswald Atuake 28 votes to 15 to win the remaining slot from the South South (following Pinnick’s re-election), while Ganiyu Majekodunmi and Sharif Rabiu Inuwa were unopposed for the South -West and North -West slots.

Three candidates slugged it out in the South-East, with Enyimba FC chairman Felix Anyansi-Agwu winning the lone slot available (as Chidi Ofo Okenwa still has a seat as Chairman of the Nigeria National League).

Jude Obikwelu and Pastor Emeka Inyama, who withdrew from the contest on the floor of the election, still got two votes and one vote respectfully.

Chairman of the Electoral Committee, Barrister Muhammed Sani Katu, afterward swore in the new Board.

Next up for Pinnick is his formal inauguration as the 1st Vice President of CAF, at the body’s Extraordinary General Assembly in Egypt on Sept. 30.