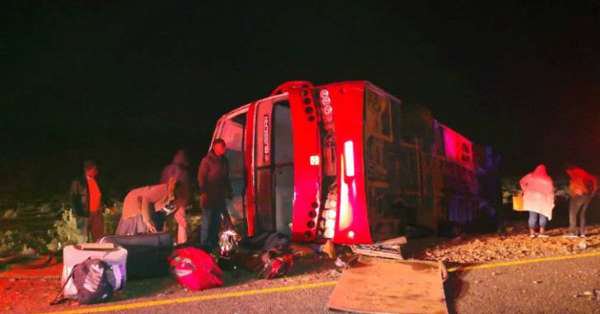 Ten people were killed and 34 others injured when a bus overturned on a highway near the South African city of Polokwane, an emergency official said on Friday.

Paramedics arrived to find the passenger bus lying on its side on the side of the highway on Friday, said Russel Meiring, a spokesman for paramedics firm ER24.

“Numerous people were found lying scattered around the vehicle,” Meiring’s statement said.
Among the injured, five people were critically wounded, he added.

The reason for the accident and the total number of passengers on the bus was not clear.