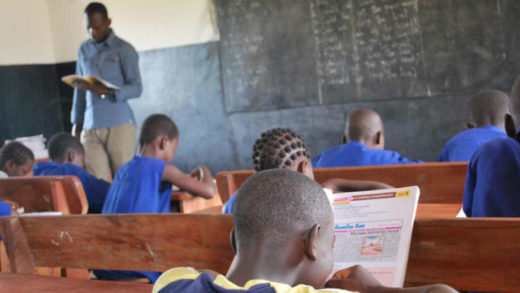 FILE PHOTO: A teacher teaching students in the classroom.

The Edo State Wing of the Nigeria Union of Teachers (NUT) and the Association of Primary School Heads of Nigeria (AOPSHON) are demanding a review of the education curriculum in Edo.

The two bodies made the demand in a communique jointly signed by the state’s Chairman of the NUT, Mr Pius Okhuelegbe and his counterpart in AOPSHON, Mr Mike Itua, on Friday in Benin.

The communique was issued after the executive committee meeting of the two bodies on Sept. 13.

The communique advised the Edo State Universal Education Board to do all it could to ensure that the content of Edo-Best was in tandem with the national curriculum.

The unions pointed out that pupils from the state’s public primary schools might be deficient, in spite of the government’s intention for an-all-round inclusive primary education in the state.

The communique noted that Edo-Best mainly focused on teaching and learning but failed to avail pupils the opportunity to explore their school environment in terms of physical education.