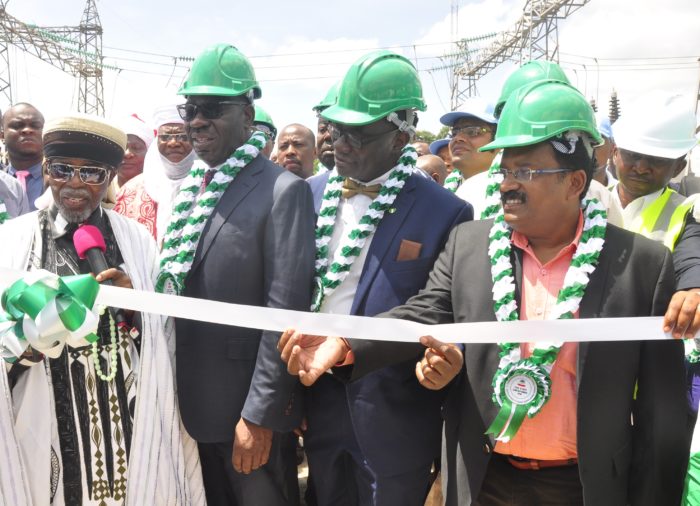 The Edo State Government has secured licence from the Nigerian Electricity Regulatory Commission (NERC), to generate and use electricity in its offices as well as in the proposed Benin Industrial Park (BIP).

The State Governor, Mr. Godwin Obaseki, who made the announcement at the weekend, at the commissioning of the 1X60MVA, 132/33KV Power Transformer at the Okpella Transmission Substation in Etsako East Local Government Area, Edo State, stated that procurement of the licence is coming after the Benin Electricity Distribution Company (BEDC), had frustrated its efforts.

Obaseki, who expressed delight with the approval by NERC, noted that the nod gave it the clearance to work with its partners such as the Ossiomo Power and Infrastructure Project and others, in delivering electricity to street lights, government offices and the Benin Industrial Park.

He said: “The Benin Electricity Distribution Company (BEDC) frustrated effort by this government to create alternative source of electricity. The company’s regrettable actions led us to seek the license, to ensure that we get the required power mix to light up government offices and the other projects which it will serve.

“The approval of the license has further prompted a partnership with a Chinese Company that have identified interest to partner with us to develop our industrial park as they are sending 20 engineers to the state next month.”

The Governor commended the Transmission Company of Nigeria (TCN) for building the 1X60MVA, 132/33KV Power Transformer at the Okpella Transmission Substation in Etsako East Local Government Area, noting that the gesture has sparked off a revolution in Edo State and Nigeria.

He said the new power transformer by TCN in Okpella will improve electricity supply in Edo North axis of the State.

“As Minister of Petroleum, the President built our core petroleum industry and as Chairman of the Petroleum Trust Fund (PTF), he carried out major infrastructure investments in the country.

“In the last three years, President Muhammadu Buhari has tried to rebuild the core infrastructure of Nigeria. If every Nigerian leader is like the President, Nigeria would have developed than its present stage,” he said.

Earlier, the Chairman of NERC, Prof. James Momoh, commended the collaboration between Governor Obaseki and the TCN, which led to the realisation of the project. He noted that the project will have significant impact in the lives of the people.

On his part, the Managing Director/Chief Executive Officer, TCN, Mr. Usman Mohammed, said the project was in line with the Transmission, Rehabilitation and Expansion Programme (TREP) of the President Buhari’s administration.

“TCN is implementing the project to stabilise, expand and provide infrastructure consistent with international standard N-1 reliability criterion. I urge the distribution companies to invest in rehabilitation and expansion of their network,” Mohammed said.

The paramount ruler of Okpella, HRH Alhaji Aliru Momoh, the Okuokpellagbe of Okpella, expressed appreciation to Governor Obaseki, the TCN, other agencies and stakeholders for their efforts in ensuring that the people of the area get electricity.