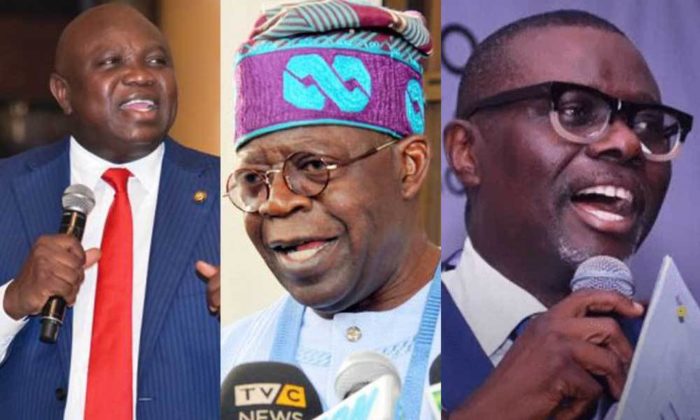 In spite of mounting opposition to his second term bid ticket, Gov. Akinwunmi Ambode’s kinsmen and women have resolved to take the battle to God in prayers.

An indication to this effect came from Adeyemi Ikuforiji, a former Speaker, Lagos State House of Assembly, as he urged Epe indigenes to pray for Ambode’s successful clinching of the All Progressives Congress’ ticket at the governorship direct primary scheduled for Sept. 29.

Ikuforiji made the appeal at the grand finale of Kayokayo festival in Epe on Saturday night.

Epe is home to Ambode and the late Gov. Michael Otedola.

The state’s Governor’s Advisory Council (GAC), the highest decision making body of APC in Lagos, met on Saturday night where it resolved that the chapter must hold its primary to determine its governorship candidate.

The decision may have put paid to hopes that the party would clear the coast for Ambode’s bid by asking his challengers to step down for him.

A source close to the 22-member GAC meeting held at Tinubu’s Ikoyi residence said the party insisted that Ambode must go through the primary with others.

“We met and deliberated extensively on the governor’s second term bid and our forthcoming primary.

“After the deliberations, we resolved that the party should hold the primary to pick its candidate because that is just the right thing to do.

“We are a democratic party that believes so much in internal democracy, so we think we should allow everyone to sell themselves to members who will eventually determine their choices, ” the source who attended the meeting said.

Among those who attended the meeting are Sen. Anthony Adefuye, Alhaji Tajudeen Olusi and former Speaker, Adeyemi Ikuforiji, and Chief Abayomi Finnih, who is scheduled to address the press on Monday on the outcome.

Ikuforiji, however, urged the people to be calm and support the governor in prayers for him to be successful in the re-election bid.

He said prayer became necessary because of the “speculations” that Mr Jide Sanwo-Olu has been tipped to succeed Ambode as the next governor on APC platform in 2019 election.

He said the people of Epe should live in peace and harmony for the progress of the community.

Earlier, Mr Alade Saliu-Okulu, the Chairman, Organising Committee, thanked sponsors and attendees, noting that this year’s festival was better than the previous editions.

He advised the winner of a brand new car at the festival to make a good use it and support the staging of other editions.

The activities marking the Epe Kayokayo festival which started on Sept. 14 were rounded off at mid-night of Sept. 22 with several artistes on the bandstand.