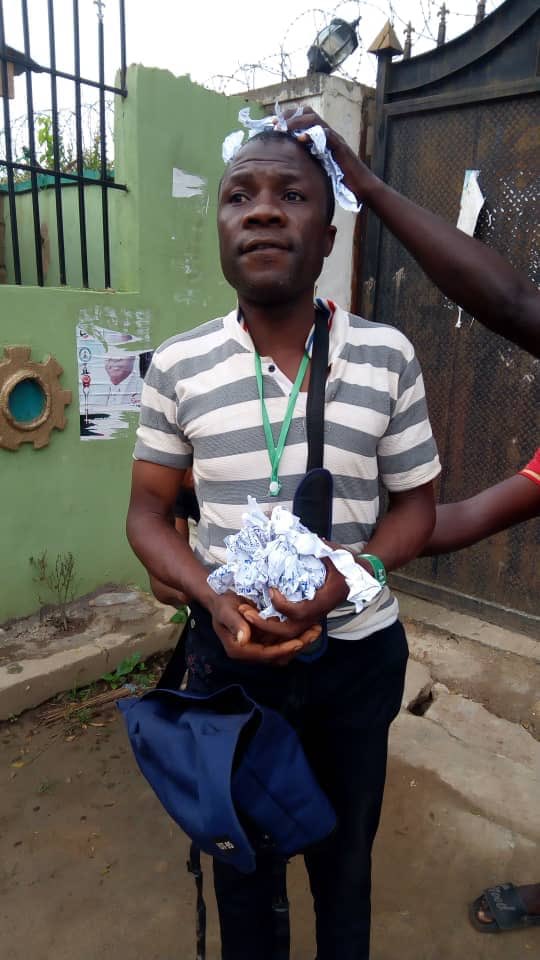 The Nigeria Police has arrested an official of the Independent National Electoral Commission (INEC) Alao Mutiu Kolawole who tore results of the governorship election held on Saturday at Gbongan in Ayedaade LGA.

The suspect reportedly told the police that he was sent to tear off the results by the Electoral and collation officers. 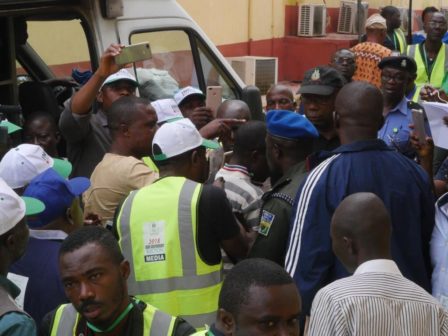 Meanwhile, the Peoples Democratic Party (PDP) has been tweeting to alert Nigerians on the reduction of its votes in Ayedaade LGA by 1000.

We reject in totally the reduction of
@OfficialPDPNig
votes by 1,000 in Aiyeaadade LGA.We believe
@inecnigeria
is under tremendous pressure by the defeated
@OfficialAPCNg
to further jeopardize our electoral process. We will not accept any results except those from polling units

An official of
@inecnigeria
in Ayedaade LGA who was sent to tear off the result pasted at the INEC office in Gbongan has just been apprehended. He claimed to have been directed by the Electoral officer and Collation officer.
@PoliceNG
take action now

We had raised the alarm that Aiyedaade LGA Official result as declared by
@inecnigeria
at the polling units was manipulated and results reduced by 1,000 votes at the collation center. In an attempt to cover up, INEC ordered this man to remove the results.