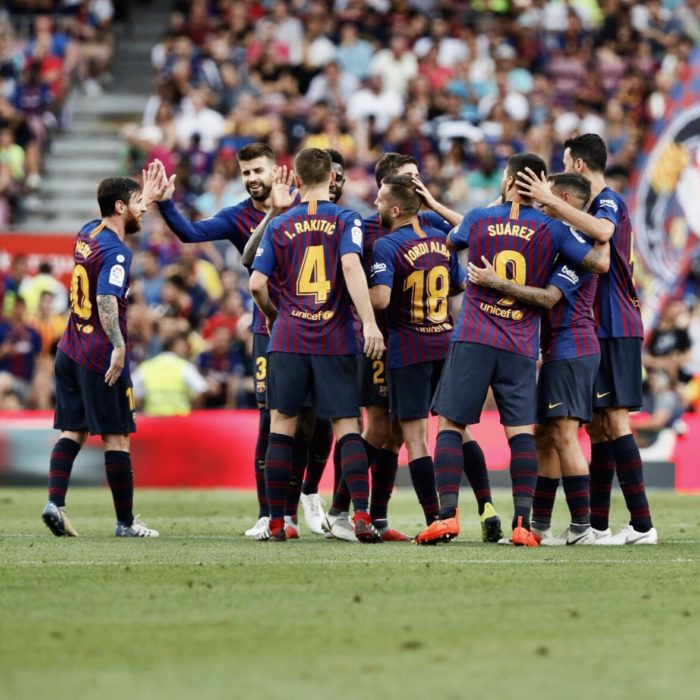 Gerard Pique rescued 10-man Barcelona in a pulsating Catalan derby against Girona after Clement Lenglet was shown a red card at the Nou Camp.

Barca were leading 1-0 when defender Lenglet was dismissed in the 35th minute for elbowing Pere Pons.

Girona levelled through Cristhian Stuani before the Uruguay forward rifled the visitors into the lead.

Despite playing with 10 men, Barca carved out the better chances and Pique headed the equaliser.

BBC reports that the Spanish champions lead La Liga on goal difference from Real Madrid, who beat Espanyol 1-0 on Saturday.