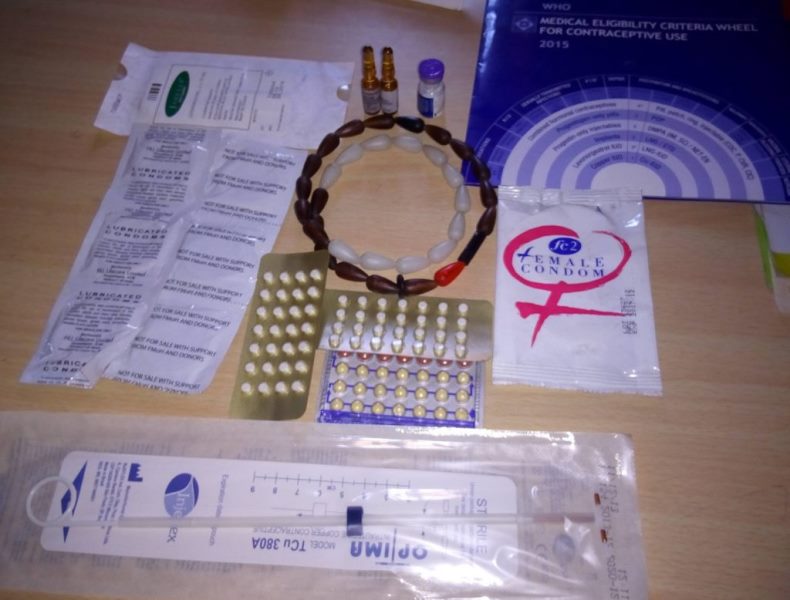 As the World Contraception Day (WCD) is observed on Wednesday, September 26, critical health issues such as maternal deaths, preventing an imminent population explosion and achieving Sustainable Development Goals (SDGs) will come to fore.

Also, Family Planning has also been proven as an assured way of preventing unwanted pregnancies, abortions and most of all, maternal deaths.

The WCD brings to mind the need to continually improve awareness of all contraceptive methods available and enable young people to make informed choices on their sexual and reproductive health.

The annual worldwide campaign envisions where every pregnancy is wanted and the barriers that prevent young people from using sexual health services must be dissolved.

Contraception or birth control is a device or drug designed to prevent the process of pregnancy after unprotected sex.

There are different kinds of contraception that act at different points in the process, from ovulation through fertilisation to implantation, even though each method has its own side effects and risks.

At a Family Planning Summit in London on July 11, 2017, the Government of Nigeria in collaboration with its partners and private sector pledged to achieve a modern contraceptive rate of 27 per cent among all women by 2020.

The Federal Government also made several other commitments, including to increase its annual allocation for contraceptives to 4 million dollars, ensuring total disbursement of 56 million dollars to the states through its Global Financing Facility and International Development Association (IDA) – World Bank loans.

The federal Government promised to initiate curriculum and youth-friendly services in health facilities and other outlets, collaborating with line ministries to ensure the provision of age-appropriate Sexual reproductive health (SRH) information to youth through the Family Life Health Education.

However, experts and stakeholders still decry the country’s low CPR, diverse barriers to accessing it and lament the consequences.

According to them, lack of access to and information on contraception leads to unplanned pregnancies, unwanted children, abortions, high rate of school dropout, depression and maternal deaths.

Dr Essien Ukoh, a Gynaecologist and Family Planning expert said: “Nigeria in particular remains a focus for increasing contraceptive use as it is one of the most populous countries in Sub-Saharan Africa.

“Nigeria has a high total fertility rate (TFR), estimated to be between 5.5 and 5.7 for women of reproductive age (15–49). Low rates of contraceptive use are also pervasive in Nigeria.

“Approximately 15 per cent of married women report using contraceptives and 16 per cent report an unmet need for family planning services, according to the Demographic and Health Survey NDHS 2013.

“Rates of contraception in Nigeria have stagnated, remaining approximately 9 per cent between 2008 and 2013,’’ he said.

A study, “Contraceptive practices in Nigeria: Literature Review and Recommendation for Future Policy Decisions’’ by Emmanuel Monjok, Andrea Smesny, John E Ekabua and James Essien, also noted that the CPR for contraceptive use in Nigeria was low.

“This rate is very low in spite of the high rate of sexual activity and widespread awareness of the various contraceptive methods among Nigerian adolescents and youths.

“As a result, there are many unintended pregnancies and illegal abortions contributing to a high maternal mortality ratio, which seems to indicate a large unmet need for contraceptive use.

“However, what is lacking is the political will in Nigeria to provide family planning programmes on a much larger scale, using community-oriented approaches and communication programmes to help change the myth about the side effects of modern contraceptives,’’ the study says.

According to the study other barriers to using a contraception method include lack of awareness, lack of access, cultural factors, religion and opposition to use by partners or family members.

“ The consequences of these abortions are grave and can be life-threatening, often leading to maternal death.

“Abortions account for 20 percent to 40 percent of maternal deaths in Nigeria,’’ the study said.

Also, Public Health Scientist, Mrs Suzanne Bell, said the abortion rate by women of reproductive age in Nigeria had risen between 1.8 and 2.7 million.

“The rise is as a result of unintended pregnancies and majority of these abortions are considered unsafe, hence the need for increased awareness and access to family planning, to protect the lives of women.’’

“When including information related to the experience of respondents closest confidants, the rate of likely abortions in Nigeria rose to 2.7 million,’’ she said.

According to Bell, women living in rural areas, women with no education and women who are poor were the most likely to have had the least safe abortion.

Dr Morenike Ukpong, the Coordinator of New HIV Vaccine and Microbicide Advocacy Society (NHVMAS), advised government to develop policies and guidelines that will promote access to contraception by adolescents in the country.

“Female adolescents are more at risk of having unintended pregnancies and unwanted births that can lead to postpartum depression, feelings of powerlessness and reduction in overall physical health.

“As it is, contraception access and its promotion in Nigeria is limited to married women.

“Its association with family planning makes the public, community and health care providers think of contraception for use only among couples who are thinking of spacing children.

Mrs Funke Gbadamosi, a mother of four who resides in Lagos, told the News Agency of Nigeria (NAN) that though she is married, she did not use any form of contraceptive.

“I have heard of many side effects and that discourages me; perhaps, one day, I will be convinced to use a method,’’ she said.

Dr Omasanjuwa Edun, the Lagos State Team Leader, NURHI 2, advocates educating youths and adolescents on the knowledge of contraception as adolescent pregnancy had become a daunting problem in Nigeria.

“The inability of adolescents to access not just contraceptives but the necessary information when needed has also been found to be responsible for the unintended pregnancies in adolescents.

Summarily, access and use of effective contraception provides both health and social benefits.

Experts have said that the benefits of contraception use are important and should be promoted because it reduces unintended pregnancies, complications of illegally induced abortion with its dire consequences and school drop-out.

Also, the risks of sexually transmitted infections, especially HIV will be reduced.