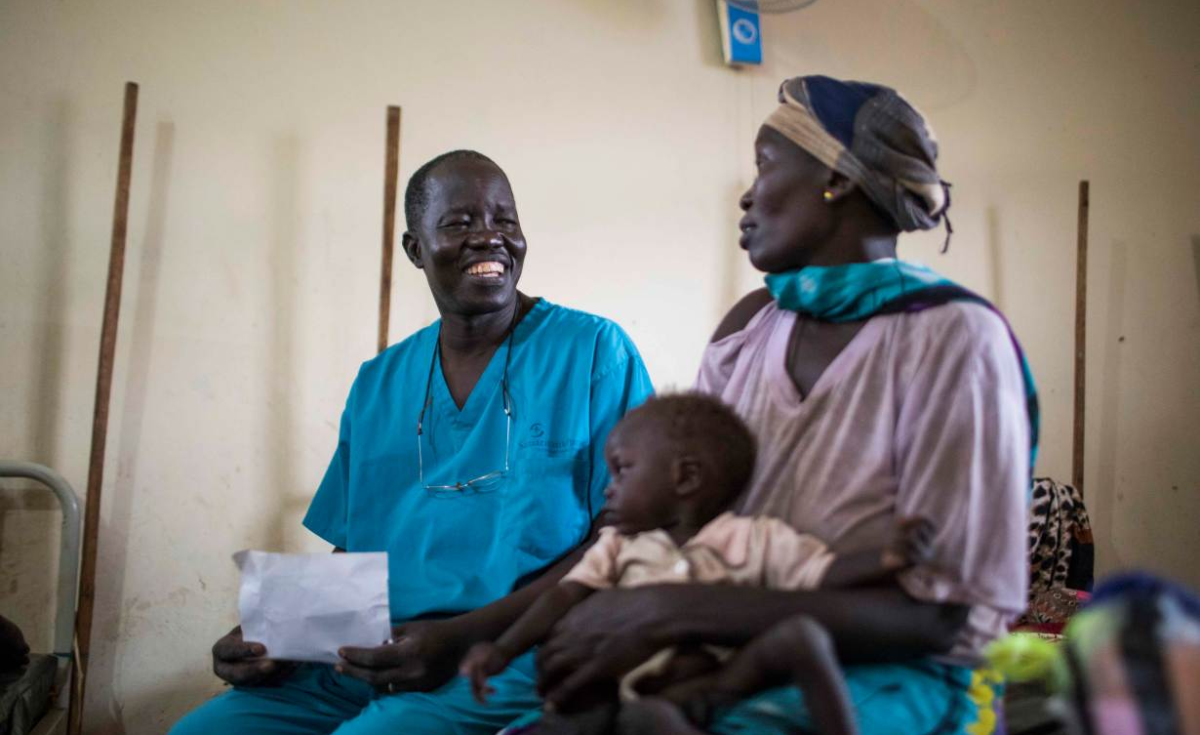 A South Sudanese surgeon has been named the 2018 winner of the Nansen Refugee Award supported by the United Nations High Commissioner for Refugees (UNHCR), a UNHCR statement said on Tuesday.

Evan Atar Adaha will be honoured for his outstanding 20-year commitment to providing medical services to people forced to flee conflict and persecution in Sudan and South Sudan.

The statement said that Atar runs the only functional hospital in Bunj, in the northeastern part of South Sudan.

“Atar’s team at Maban hospital carries out an average of 58 operations per week in difficult conditions with limited supplies and equipment,’’ it said.

The statement added that there is no provision for general anesthesia, meaning doctors work with ketamine injections and spinal epidurals.

“The only X-ray machine is broken; the only surgical theater is lit by a single light and electricity is provided by generators that often break down.

“Since it is the only hospital in Upper Nile State, it is often crowded with patients and wards extend into the open air,’’ the statement said.

South Sudan, the world’s youngest nation, gained independence from Sudan in 2011 but its health sector has been negatively affected by over four years of conflict.

It has created one of Africa’s worst refugee emergencies in terms of numbers and the world’s third biggest refugee crisis.

About 1.9 million people are displaced internally and another 2.5 million have sought refuge in neighbouring countries.

“The crisis in South Sudan has had a devastating impact on millions of people uprooted from their homes, or whose lives have been torn apart by conflict, violence and food insecurity,’’ Filippo Grandi, the head of the UNHCR, said.

Grandi adding that acts of heroism and service to others have emerged amid the tragedy in South Sudan.

“Atar’s work through decades of civil war and conflict is a shining example of profound humanity and selflessness which has seen thousands of lives, and countless men, women and children have been provided with a new chance to rebuild a future,’’ he said.

The statement said in 1997, as war ravaged Sudan’s Blue Nile State, Atar volunteered to work there, establishing his first hospital from scratch in Kurmuk.

He worked at the heart of a large-scale conflict, often under direct aerial bombing.

“In 2011, increasing violence forced Atar to pack up his hospital in Sudan’s Blue Nile State, fleeing with his staff and as much equipment as he could transport, a journey that took a month,’’ it said.

“In 2017, refugees accounted for 71 per cent of surgical patients, and Atar’s commitment to treating all those in medical need regardless of their background earned him the respect of all refugee and local communities,’’ the statement said.

South Sudan hosts nearly 300,000 refugees, of whom 92 per cent are Sudanese from the South Kordofan and Blue Nile regions close to the South Sudanese border.

UNHCR now only has 15 per cent of the money requested to deal with this emergency and provides funding for Atar’s work through its partner organisation, Samaritan’s Purse (SP).

Recent winners include Sister Angelique Namaika from the Democratic Republic of Congo, Zannah Mustapha, a lawyer and mediator from Borno state in northeastern Nigeria.

Other winners are the Hellenic Rescue service and EfiLafsoudi from Pikpa Village on the Island of Lesvos.

The 2018 award ceremony will be held on Oct. 1 in Geneva, Switzerland.