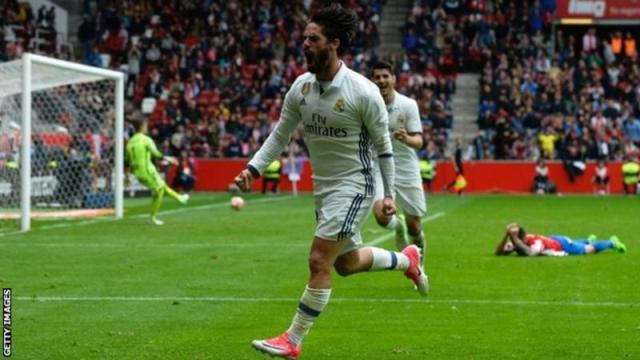 “Our player Isco has been discharged from hospital.

“He will start his recovery process now under the supervision of the Real Madrid medical services,” said a statement from the club which did not state how long Isco was expected to be out for.

Reports in the Spanish media, however, said the Spain international would be unable to play for around a month and was targeting a return in time for Real’s crunch match away to arch-rivals Barcelona on Oct. 28 in La Liga.

Isco was taken to hospital on Tuesday after arriving at training complaining of stomach pains.
He is set to miss a total of six games for Real, including Wednesday’s testing league trip to Sevilla and Saturday’s city derby against Atletico Madrid.

He will also have to sit out Champions League games against CSKA Moscow and Viktoria Plzen, as well as Spain’s friendly against Wales and their UEFA Nations League game with England.