I've been having sleepless night over Osun result - Osoba 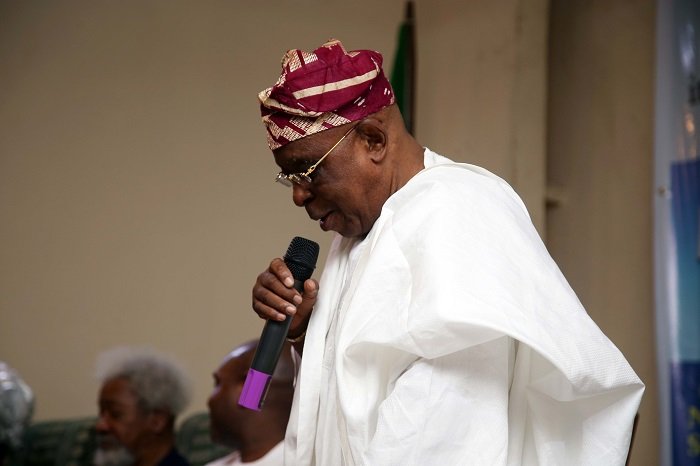 A chieftain of the All Progressive Congress, APC and former Governor of Ogun State, Chief Olusegun Osoba has disclosed that he had a sleepless night while monitoring the result of the just inconclusive governorship election held on Saturday in Osun State which almost went in favour of the opposition party, Peoples Democratic Party, PDP.

He stated this while addressing some aspirants and members of the party at a meeting held in his house at Ibara GRA, Abeokuta, Ogun State.

Osoba said the APC went to the election as a divided house, hence, they performed badly at the election.

Osoba who preached on unity in the party, said, the party should learn their lessons from the result of Osun governorship election.

He however, warned members against discrimination and forming of groups in the party and claiming to belong to the State Governor, Senator Ibikunle Amosun, Osoba or Dapo Abiodun’s camps and so on.

He said “Since the Osun election results came out, I have lost sleep. I am from Osogbo, I was born in Osogbo. We must learn some lessons from Osun election. A candidate who did not participate in the debates, at the Campaign rally he did not say anything, he did not tell the people what he wants to do.

“It was said that he did not have certificate, yet he has votes. Primaries are just a step to win election. Let us be united towards the general election. I want all of you to be at rest over the coming electoral process it’s the duty of the Independent National Electoral Commission “.

He also stress that “security is a delicate issue in our system, it is not about carrying arms alone.”