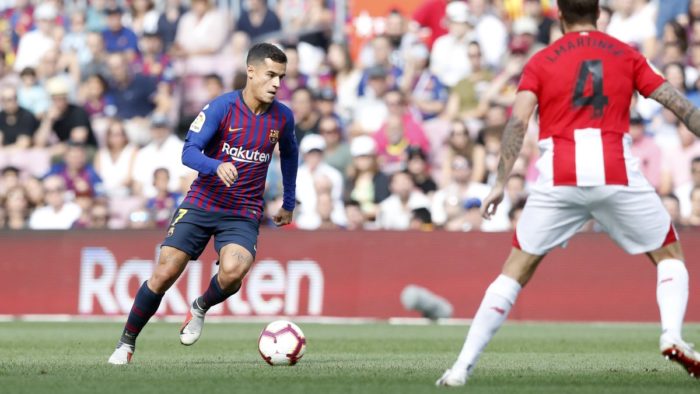 Barcelona player with the ball

Champions Barcelona stretched their winless run in La Liga to three games after being held by Athletic Bilbao.

Lionel Messi appeared as a second-half substitute and struck the post as well as going close with a free-kick.

But sub Munir El Haddadi came to the rescue for the hosts, poking in a late equaliser from Messi’s low cross.

Brazil midfielder Phillipe Coutinho also struck a shot onto the crossbar and Luis Suarez was unable to convert the follow-up.

BBC reports that Ernesto Valverde’s side have dropped seven points in a week after being held by Girona last weekend and suffering a shock defeat by Leganes on Wednesday.