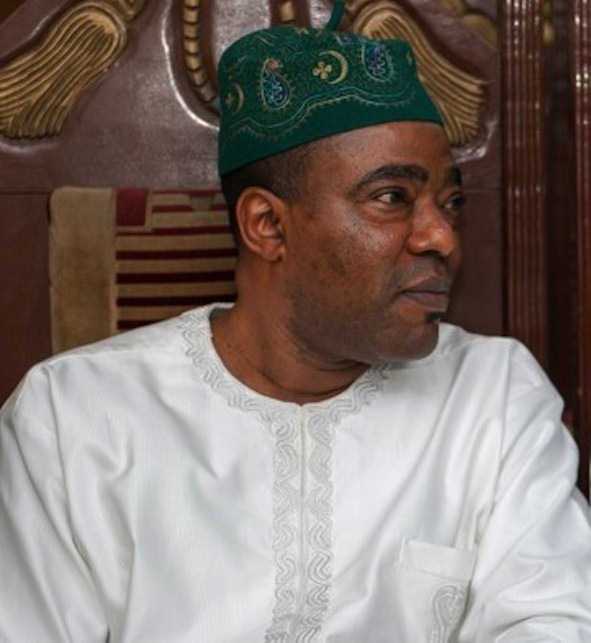 The relative peace enjoyed by the people of Mushin constituency 1 of Lagos State is being threatened given the stern disapproval expressed by the members of the All Progressives Congress, APC present for the party’s primary election for Lagos Assembly aspirants.

The election that was scheduled to take place across the eight wards that make up the Mushin constituency 1 yesterday, Friday 5th October, had a fraudulent end which appeared to have been crafted and manipulated to favour a candidate, Mr. Nureni Akinsanya aka Osmak, a close ally of former federal legislator, Senator Ganiyu Solomon, poplarly known as GOS.

The Mushin 1 assembly primary election has gripped the attention of many APC members in the area and has heightened anticipation considering the unusual number of vibrant professionals that are contesting.

But all the fervent interest that greeted the exercise hit an unfortunate end when voters especially those from the most populous wards, like wards C1, C3 and A1 waited in vain for the electoral officials without anyone in sight.

“There was clearly no election in those wards. The electoral officials didn’t come. So the police officers had to return to the station after staying for long hours waiting for those that will conduct the voting without seeing no single person”, said Moses Okworo, the Divisional Police Officer, Ilupeju covering the electoral wards.

But strangely, to the utter shock of a lot of APC members in the area, information started flying around later in the day that Akinsanya had won overwhelmingly in all the wards that had no presence of an electoral coordinator and didn’t conduct any election. And that he also had the same winning magic in other wards.

Meanwhile, many members of the APC in the area have confirmed that Senator Ganiyu Solomon chose Akinsanya as his “better hope and lifeline” to reinforce himself in the politics of Mushin; and have therefore affirmed their readiness to move against politics of fraud.

“I can say categorically that Osmak (Akinsanya) is an evidence of the perfidious politics of Senator GOS. Now, Osmak is GOS’ better hope and lifeline in the present politics of Mushin as GOS is very desperate to take control of Mushin Ajinna and Odi-Olowo and to continue to benefit from the largesse of Ambode, through a veritable proxy (Osmak). And he will do anything to achieve his selfish interest and protect his secret relationship with Governor Ambode. And that’s why he would want to impose Osmak on the people of Mushin 1 in such a fraudulent manner. But we are prepared to fight this fraud and dishonest politics”, said an APC member that preferred anonymity.

It is important to say that nothing confirms the new political love of GOS and Akinsanya than the manner Akinsanya suddenly became number one in GOS’ political family, the Ideal Group.

Akinsanya, a long-term member of the Justice Forum political group, recently moved to the Ideal group headed by Senator GOS, to contest primary election for the Lagos assembly ticket.

Though many members of the Ideal group had dismissed the possibility of Osmak, a new entrant to the group, from attaining any significant place in the list of the five Ideal members who had already gone far with their campaigns for the assembly, the way Osmak emerged Ideal’s preferred candidate was a rude shock to the rest of the APC members in Mushin.

“The shock that greeted everyone of us at Ideal when, a day before the primary, senator GOS gave his nod to Osmak and killed the ambitions of his long-serving members was indescribable. So the tricks and fraud that have come to play at the primary election for the Lagos assembly to favour Osmak wasn’t too surprising but was clearly disturbing for the future of our democracy.

“That’s why all legal avenues must be explored to fight this daylight electoral fraud. And the people of Mushin will soon rise up in agitation against the despicable and anti-democratic practice”, said a member of GOS’ Ideal political group, who preferred anonymity.