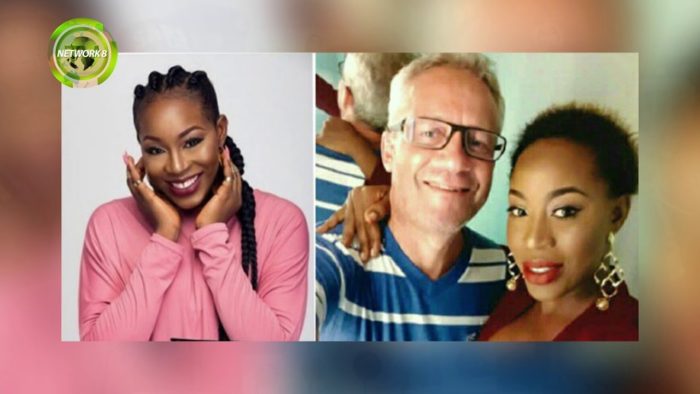 The trial of a Danish national, Peter Nielson, alleged to have murdered his wife and daughter began on Monday in Lagos, Southwest Nigeria with the prosecution calling its first witness.

At the commencement of the trial, the witness, Daniel Joel told a Lagos High Court sitting in Igbosere of how late Zainab Nielson before her death had come to the driver’s lodge around 1.00am, sometime in 2017, asked him to call the security men at Bella Vista, to come and hold Peter Nielson that he was mad and wanted to kill her.

Joel, the first prosecution witness was testifying in the on going trial of Nielson who allegedly murdered his wife Zainab and their daughter Petra.

He told the court that late Zainab who was holding their daughter Petra kept banging on the door of the driver’s lodge before his colleague woke him up that his madam Zainab, was knocking at the door.

Joel added that the deceased showed him the wounds on her face, after opening the door for her, and asked him to call the security men and that thereafter he made a call through intercom to the security men, who came and and that while they were in there, Zainab was telling them that the defendant wanted to kill her and that she did not want to stay in the house again.

The witness, who was being led in evidence by Mr Adeniji Kazeem, SAN, the Attorney General and Commissioner for Justice, Lagos State, said he then asked her where she wanted to go to at that time of the night, so that he could drop her, but she said he should not worry anymore and she was going back to sleep.

Joel said: “After the arrest of the defendant, they later came back and in the morning and asked him to drive them back to the Police Station after which he asked him to take him to Radisson Blu Hotel in Victoria Island, and then he went back to the house.

“On their way to the airport, Mrs Zainab said that it was because of the fear that they were going to Abuja. The defendant called me and asked me to come and pick him at Radisson Blu after dropping his wife at the airport; after I brought him back home, a day later, he asked me to take him to the airport which I did.”

Joel said he got to know about the death of Zainab and the daughter through phone call, while he was in Kaduna.

During cross examination from the defendant’s counsel, Mr Olasupo Shasore SAN, he said that the defendant told him that he was drunk.

He also said that he hasd seen the deceased smoking cigarettes but that he had never seen him took cocaine before.

When asked if he could describe the relationship between the deceased and the defendant, he said that he did not know anything about their relationship.

Asked who informed him about the death of the deceased, he said that one of the security men at Bella Vista Tower, in Banana Island, named Festus called him and told him what had happened.

He said, “Festus said I want to tell you about a sad news, he told me that my madam was dead, but didn’t tell me how she died, when I received the call, I couldn’t believe what Festus was telling me.

“After receiving series of calls about the death of my madam, I took a taxi to Abuja from Kaduna, and then flight to Lagos, I got to Bella Vista around 2pm and saw ambulance taking Zainab to the hospital, I then took an Okada to the hospital and met the deceased’s mother, Mrs Ruth Madaki there.”

Earlier, the defendant’s counsel had brought two applications dated October 5, before the court, seeking for medical samples, to enable them do a DNA, and the second application to grant them access to the crime scene as it was under lock and key.

The two applications were granted.

However, the presiding judge, Justice Mobolanle Okikiolu-Ighile, adjourned the case till October 9, 2018 for continuation of trial, while the defendant was ordered to be remanded in prison custody.

It will be recalled that the defendant was alleged to have committed the offence on April 5, 2018.

The defendant allegedly murdered his wife and daughter at their resident at number 4, flat, 17, at Bella Vista Tower, Banana Island, Ikoyi.

The offence alleged to have committed is Punishable Under Section 223, Cap C17, Vol 3, Criminal law of Lagos State 2015.

However, the 53-year old defendant pleaded not guilty to the charge against him.